This week we are celebrating everything racehorse as part of National Racehorse Week. Stables up and down the country are opening their doors and allowing the public to see the amazing treatment, love and care racehorses receive. Our local and leading trainer, Tom Dascombe, welcomed the general public to Manor House Stables this morning so we went to take a look.

Manor House Stables is a racing stable in Malpas, Cheshire and was founded by English former footballer, Michael Owen, and the founder of Betfair, Andrew Black. Tom has trained at Manor House Stables since 2009 and has enjoyed great success since with nearly 300 winners in the last 5 years, including 42 at Chester. Notable horses trained at Manor House Stables include Brown Panther who recorded the stable’s first Group 1 victory in the 2014 Irish St. Leger and the sprint legend Kachy who won the Group 3 Molecomb Stakes and finished 2nd in the Group 1 Commonwealth Cup.

As we arrived at Manor House Stables we were taken back by how amazing it was. A seemingly endless driveway led us from a small country road, into a sprawling estate. With flawlessly maintained grounds and a welcoming lodge waiting at the cusp of the private road. We headed up to the Owners Room filled with trophies from the team’s success and were given an introduction by Tom. We then headed down to the swimming pool area and learned about the benefits of swimming for racehorses. Often, we only get to see these gentle giants thundering down the racetrack, here though, we were lucky enough to gain an intimate look into the modern thinking behind racing in the 21st century and the important balance between training and recuperation.

We then headed to the canter to watch Tom’s third lot out exercising. The string of horses followed the yard hack, Colin, up the canter with Chester winners behind including Lady Caroline. It was great to learn how these horses are prepared for their races and their exercise routine. Once the horses had passed, we headed to the on-site Veterinary Centre to learn how the horses are looked after. Manor House Stables veterinarian staff talked the group through the regular checks all of the horses undergo in order to ensure they are at the peak of their health and wellbeing. Delving deeper into their care, the veterinarians described how they check for different problems in horses’ joints, muscles and organs. We were also lucky enough to be shown some of the equipment housed on site for the horse’s wellbeing. Manor House Stables prides itself on being able to treat the majority of its horses on-site, lessening the stress they undergo when travelling to equine hospitals and reducing the risk of cross-infection from visits.

To finish the morning, we got to meet the racehorses including Chester winners such as Fools Rush In, Lincoln Park, Solent Gateway, Roman Dragon and lots more! Eager to meet the waiting crowd, horses on either side of the barn all leant their heads out to greet us and say hello. Gentle, inquisitive, and loving are three words that come to mind to describe the horses here. They say you shouldn’t have favourites, but our favourite had to be multiple Chester winner Lincoln Park. With an intensely dark coat, an imposingly large frame but a gentle and sociable temperament, he won the hearts of everyone in attendance. We cannot wait to see Tom’s horses back in action at Chester Races.

We would like to say a massive thank you to Tom Dascombe and his team for an amazing morning at Manor House Stables. If you would like to meet a racehorse, head over to the National Racehorse Week website to find out more. 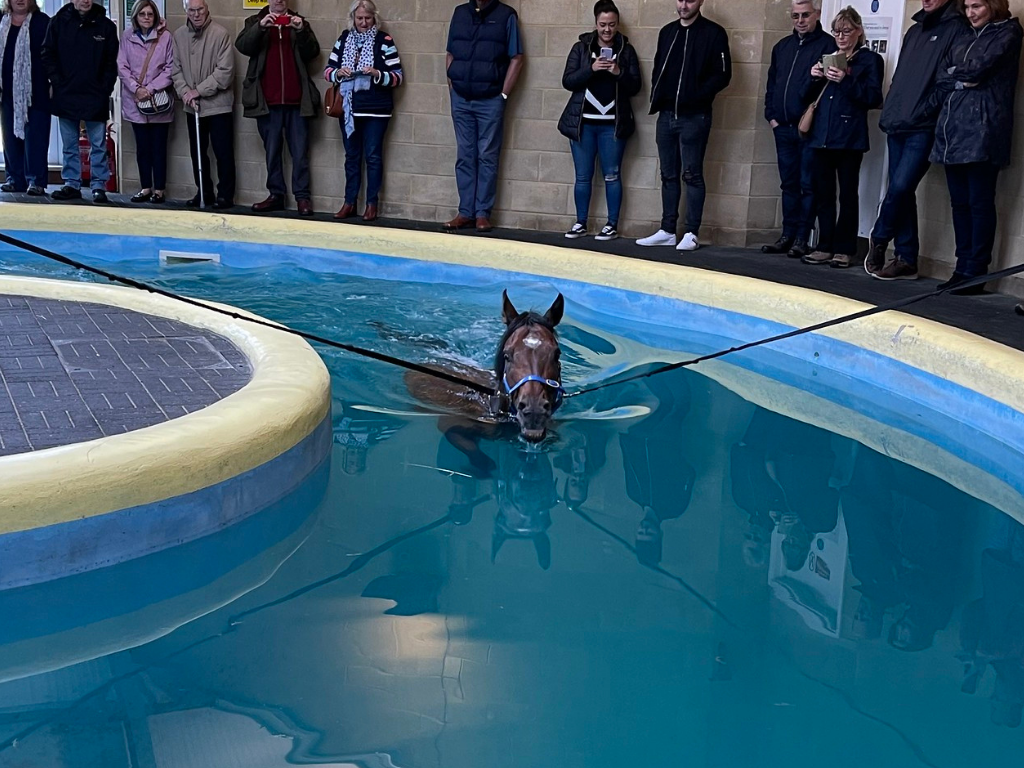 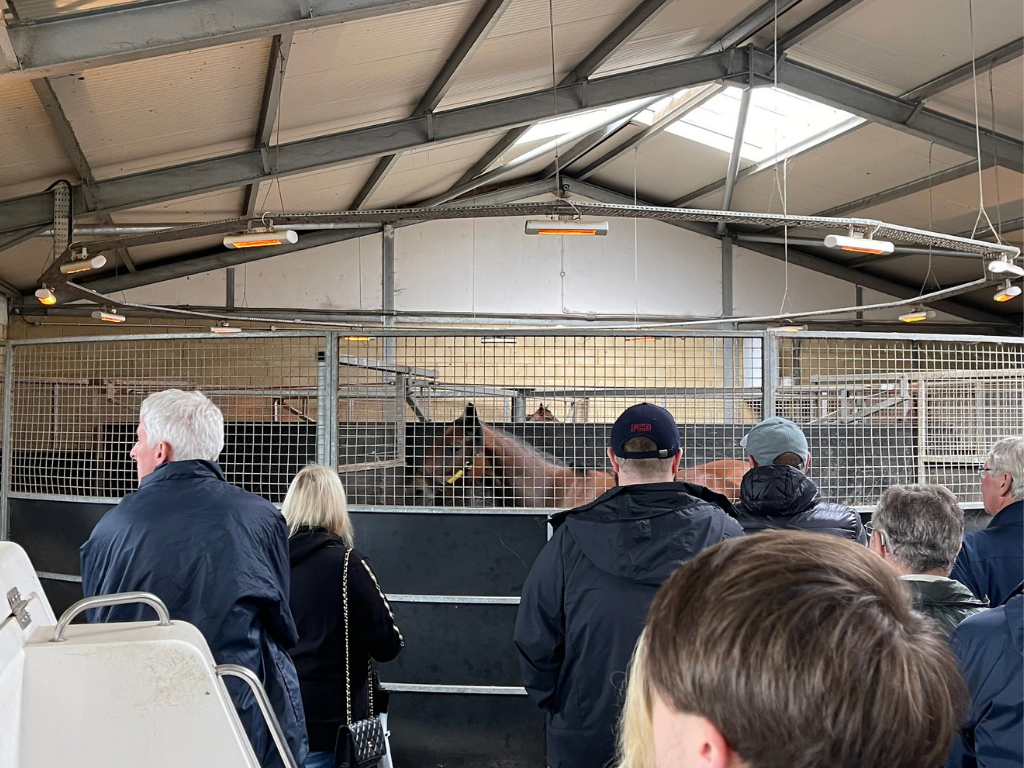 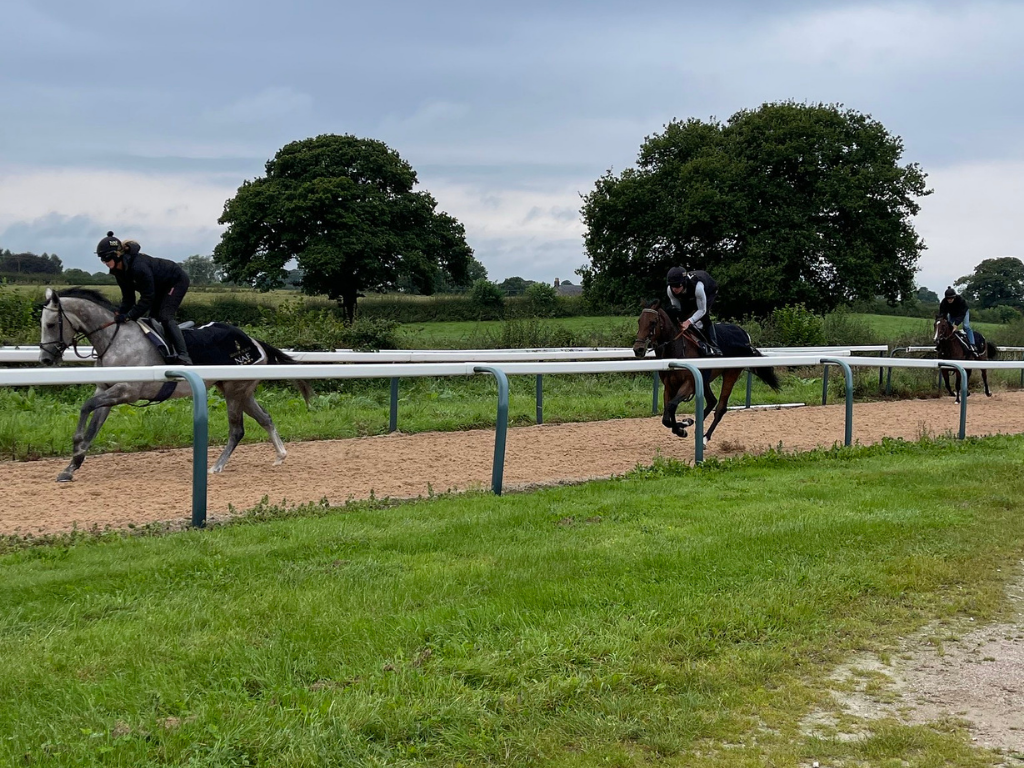 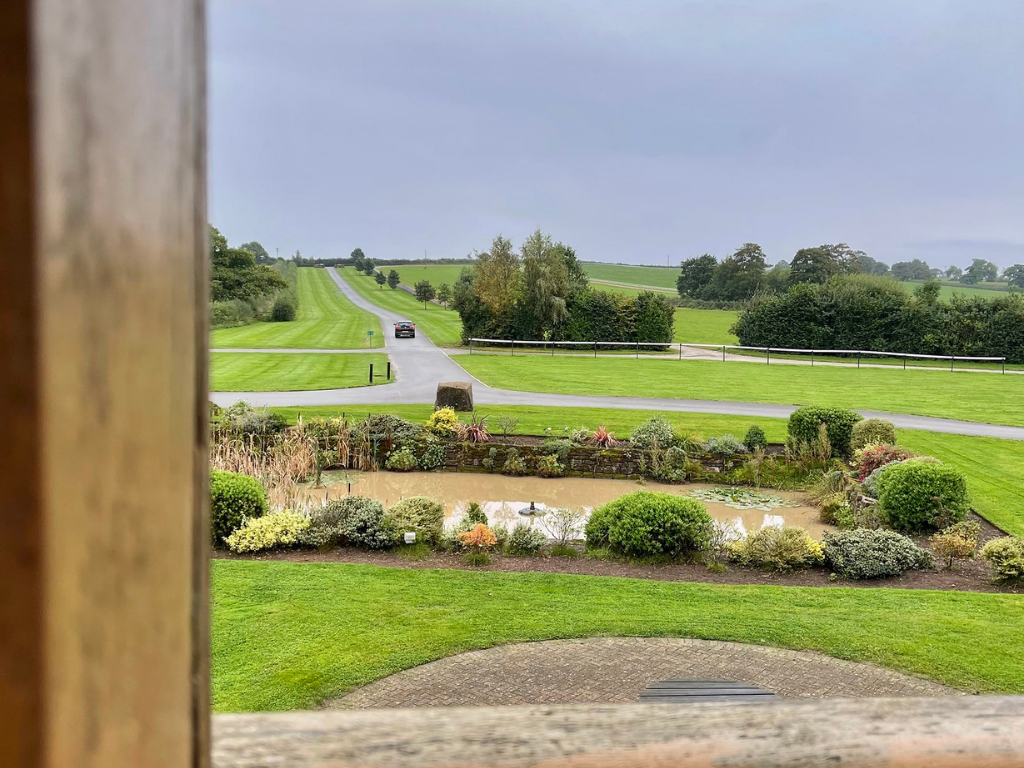 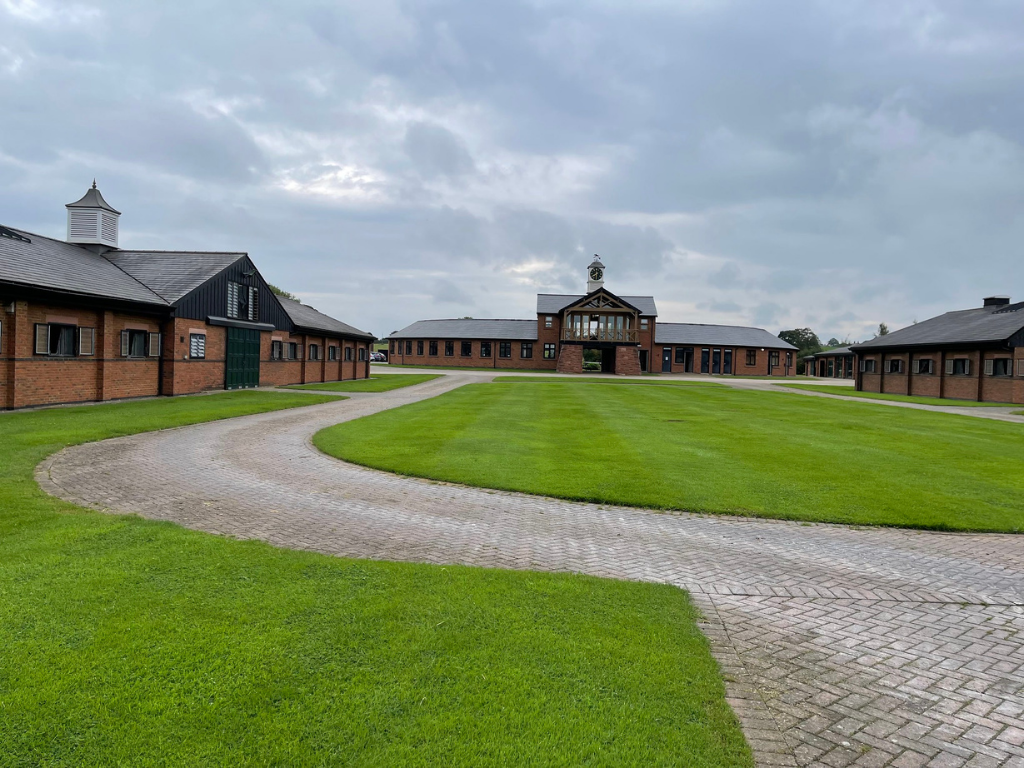 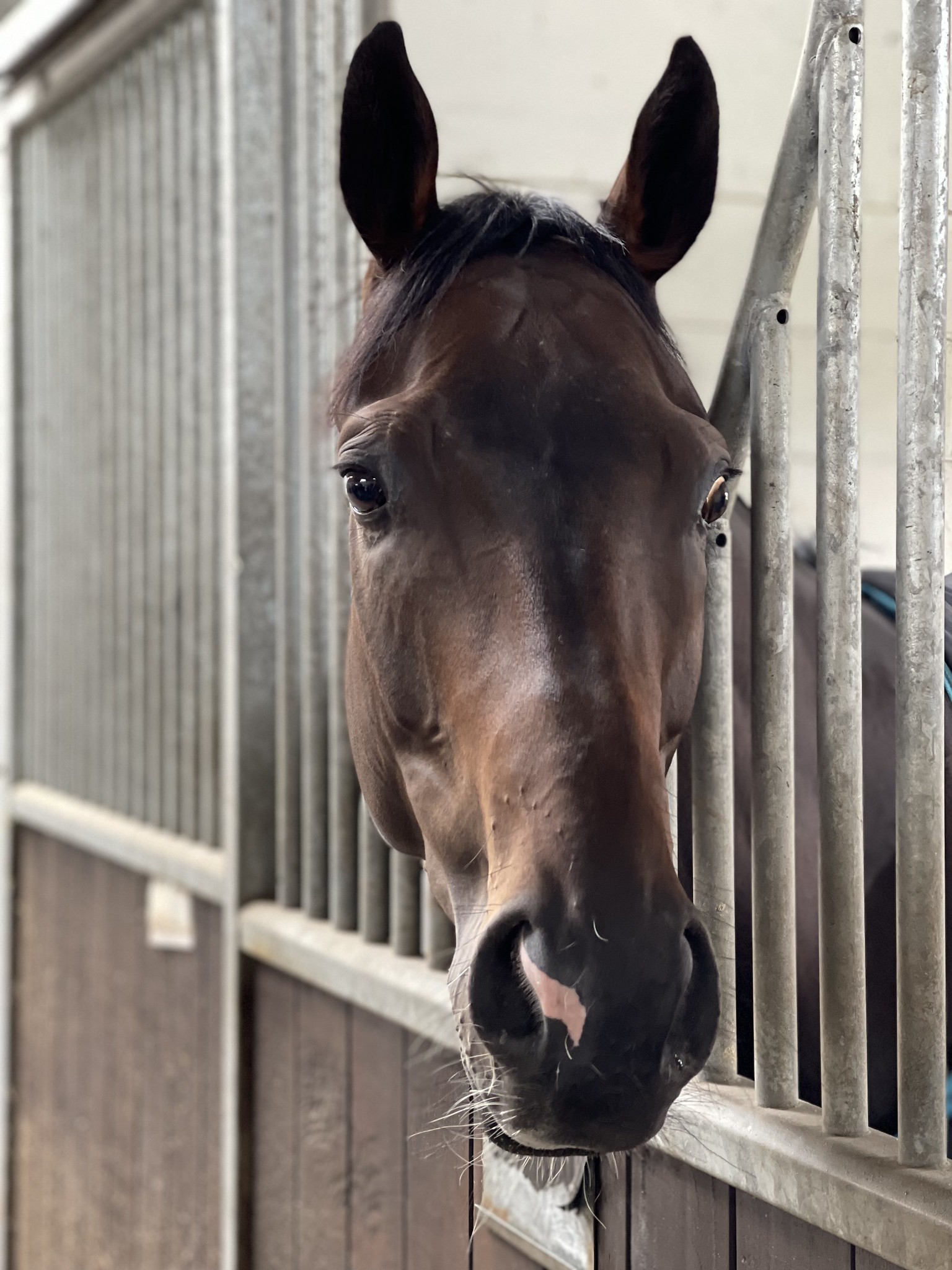 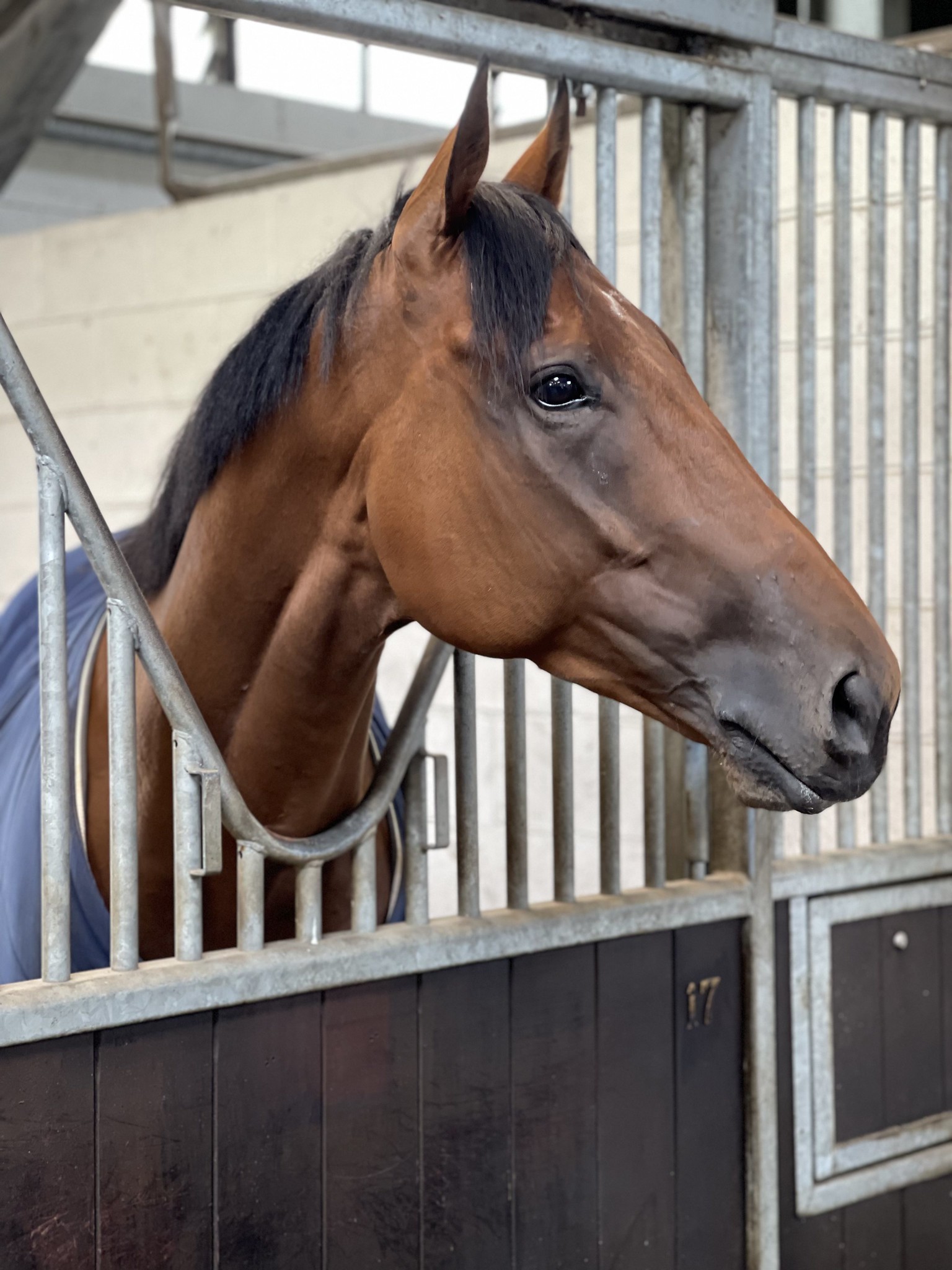 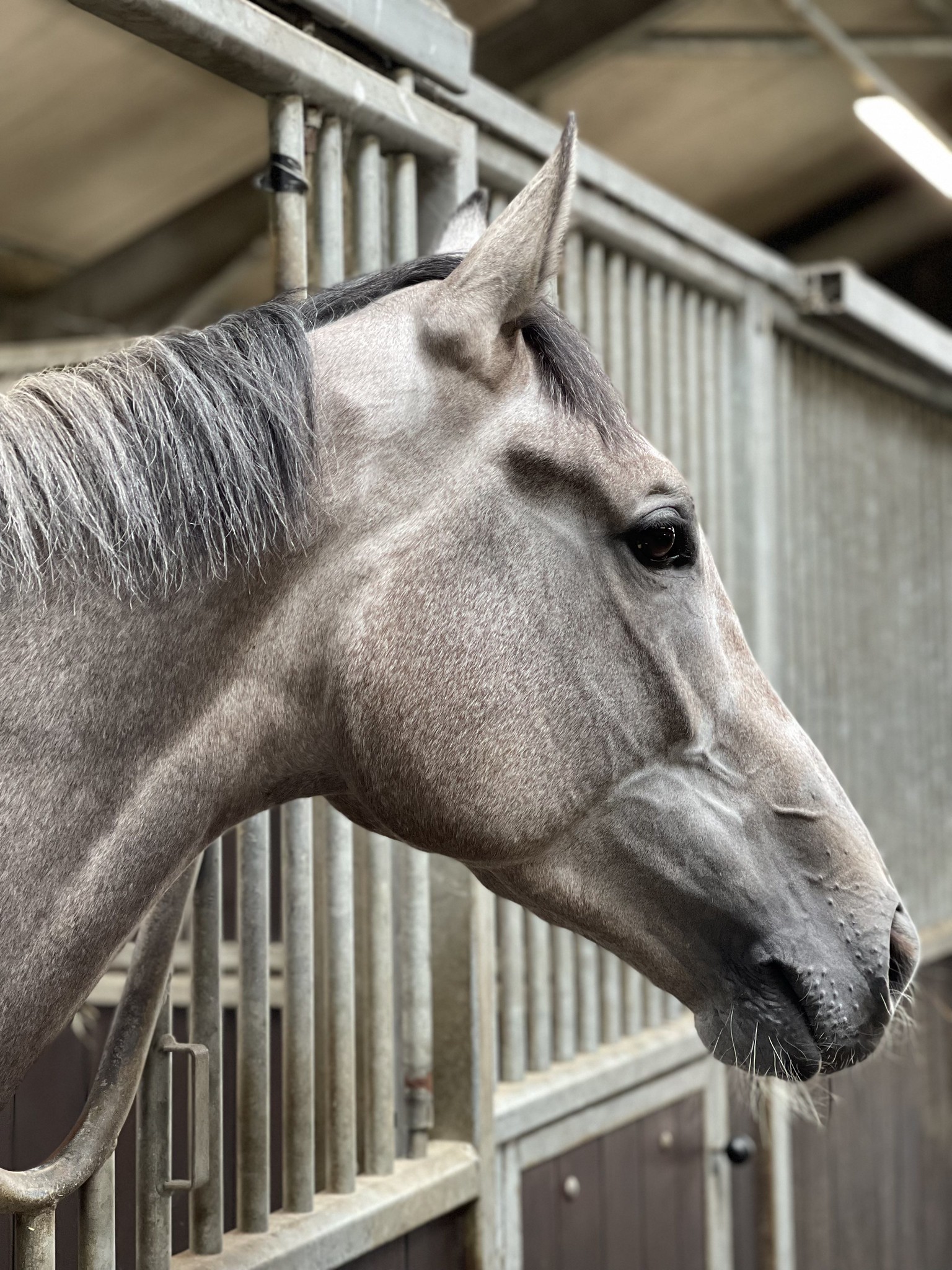