In front of an enthusiastic and lively crowd for a Friday meeting, Day 1 of the Autumn Festival got underway in ground described as good, good to soft in places.

When the first of seven races started at 1.50pm it was hot and humid with the prospect of a thunderstorm later foremost in the mind of Clerk of the Course Andrew Morris.

The gates opened for the Envirosips EBF Novice Stakes to a level break but Franny Norton had to roust the favourite Luminous Light to the front to take advantage of his inside draw. In doing so his horse lit up and he struggled to get the free sweating horse to relax in the lead. Meanwhile, camped on his outside and travelling sweetly for David Probert was Sheik Obaids, Artaois. As they rounded the home turn it was clear the favourite had little left to give and a confident Probert strode to the front and Artaois, returned at 3/1 won by a comfortable 2.5 furlongs. Probert was pleased with his charge and said “this horse has a great attitude, it was a good debut in a good race at Sandown and he will undoubtedly improve again”. For the notebook, the 135,000 Guinea debutant, Adjourn, for David Simcock finished second at 14/1, understanding what was required, all too late. His turn is not far away.

The second race, a nursery, was sponsored by regular Chester attendee, Deepbridge Estate Planning. Ian Warwick and his team were on hand to present the prizes to Unspoken, who was backed heavily into the 13/8 favourite. It was a result that wasn’t apparent until the judge intervened. Mercurial, from the Dascombe stable, led them a merry dance for almost all of the 7 furlongs until a fast pace drained the stamina from his legs. It looked for all the money that The Dunkirk Lads 28/1, had pulled off a major upset but bookies cheers turned to jeers when the judge announced that David Probert, delivering the favourite, Unspoken, fast and late, had won by the shortest of margins possible. Proberts double was in the bag. Of the winner he said “he had been running well and as a big horse this track didn’t play to his strengths but when he got into the straight and used his big stride he was able to show his true ability”. The same could be said of Probert who rides Chester as well as anyone.

In the Homeserve Handicap over a trip of 10 furlongs, this group of 3yo’s looked pretty evenly matched. Previous track winner Rival, again raced too freely and took with him the Richard Hannon horse, Fast Steps, who on paper didn’t look to need a searching gallop, which is what the two produced. The field was well strung out and with 3 furlongs to go those who had been right out the back were confident they had judged the pace right. Pre-race favourite, Farhan was one of those and when Pat Cosgrove hit the front in the final furlong he must have thought he had timed it perfectly, only to be denied by the fast finishing Hayley Turner on the only filly in the field, Bookmark. In the end it was an almost 2 length victory and her horse was returned favourite at 7/2, with late money picking off the bookies again. Turner praised trainer Michael Bell and his team “they have done a brilliant job getting her to settle, she was fiery early in her career. Getting her to settle at the back of that pace was vital and in the end the way she picked up again shows she continues to improve”. Joe Ewings and Mathhew Lacey from Homeserve presented to the vast number of elated Middleham Park Racing Club who had come to see their filly. They didn’t leave disappointed.

The TMT Handicap, over 7 furlongs was our feature race and it was a text book ride from Jason Hart that saw Roger Fell’s nine year old Muntadab prove too strong from the front. After the rain fell, the going was changed to soft and Hart was determined to get to the front as he explained “I had to use a lot of petrol to get to the lead from stall 8 but thankfully they gave me an easy time of it and I was able to slow it before we got to the straight. This boy is really honest and when I asked him in the straight he just kept finding, I didn’t think anything would get past me” and they didn’t. Gabriel the Devil at 6/1 wasn’t far away, signalling he is returnbing to form and Ugo Gregory 9/2 made up the placings in what was another solidly run affair. Representing the owners, John Fox and Alice Smith (soon to be married) took the spoils from Tom Smith and David Whitney of TMT Group.

By four o’clock and Race 5 the rain had got into the ground, this 10 furlongs for 2 year olds was really going to take some getting. Aegis Power was all the rage in the betting ring, going off at 6/4 favourite but it was the Sir Mark Prescot trained Abbado that had different ideas. Stoutly bred, jockey Ryan Tate was delighted with his front running win “for a young horse to lead around here and keep finding in the straight, he has ability. It felt a long way today. This guy doesn’t do it quickly but he just keeps digging and that will help him going forward”. For owners Chevely Park, they may just consider a jumping career but there will be more races to be won with this horse over extended trips. Super Stars for Mark Johnston trailed in 2.25L away in second and the favourite could finish only 3rd.

Trainer Jennie Candlish is better known for her jumps runners and her horse is regularly seen at Bangor but Assistant Trainer, Alan Okeefe told me earlier in the year they like coming to Chester and have started buying horses for owners to have a great day out here. Well, Chester delivered in spades for owners Alan Baxter and Brian Verinder as their horse, Its Good to Laugh put a smile on a lot of people’s faces, judging by the cheers as he past the post a good 2 lengths ahead of his rivals. Heart of Soul tried to lead them and had favourite State of Bliss, perfectly poised on his outer in what looked like a steadily run affair. When they quickened the leaders found nothing and it looked like proven stayer Buriram would pick up the pieces but he was no match for the finishing pace of the 5/1 Candlish runner. Okeefe said he thought the horse would run well “he was unlucky here last time and nothing went right at Goodwood, we knew as the rain fell today it was all coming right and were as confident as you can be around here”. When asked if we would see him again he replied “at Bangor over hurdles, he has schooled well”. Now there is one for the notebook, a 93 rated 12 furlong flat horse that goes on soft ground – I am sure owners are dreaming of Cheltenham tonight!

Our last race was for Gentlemen Amateur Riders and was sponsored by Mental Health UK. Two of the least exposed horses in the field Newton Jack and Sir Benedict were vying for favouritism. They were both drawn well. Sadly for the Stuart Kittow horse, Newton Jack, he simply didn’t enjoy the turning Chester track. Sir Benedict, for local owner Paul Wildes, traveled really well. He has some talent. Niether of them could get to the leader Parys Mountain. He is a little quirky and likes Chester and William Easterby, son of trainer Tim, was all smiles after the race as he was greeted by winning owners in the parade ring. Case of the Ex finished second at 14/1 and in third King of Tonga ran a better race than he has recently.

It was yet another excellent days racing with the highlight being the win of It’s Good To Laugh, he might just keep a smile on all of our faces throughout the cold and dark winter. 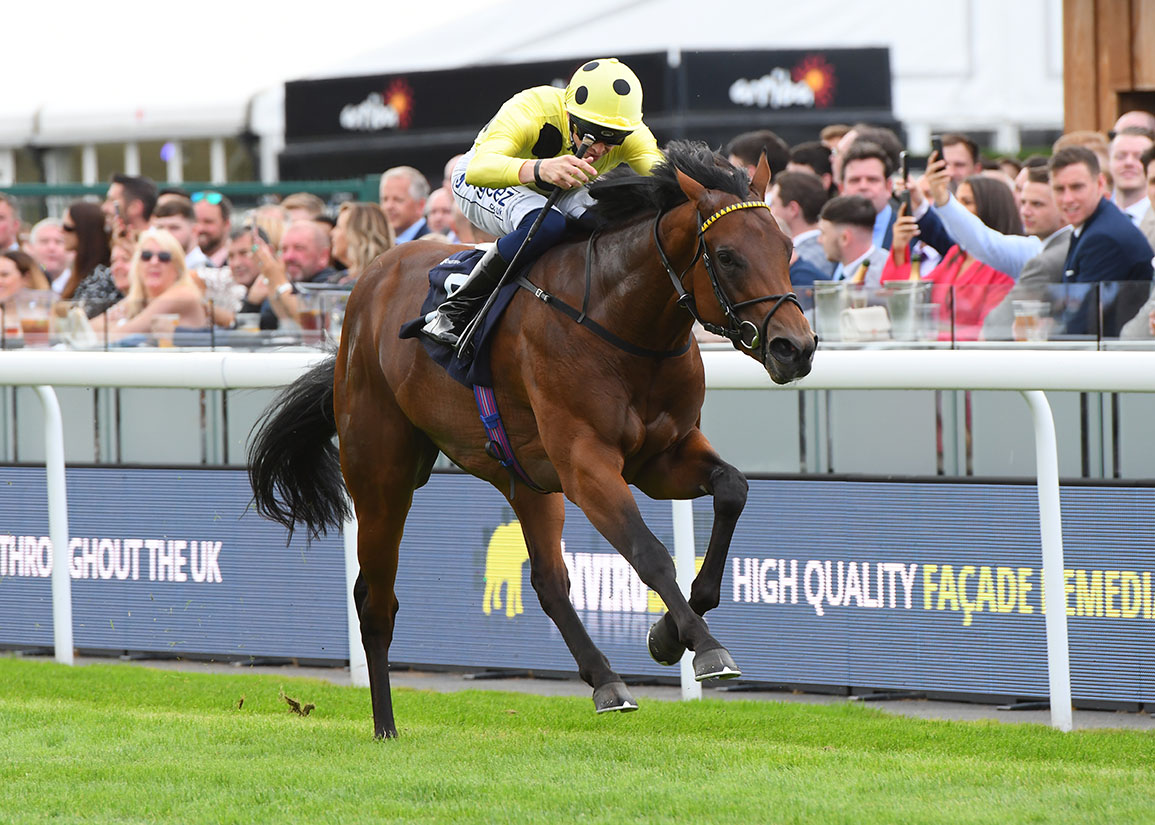 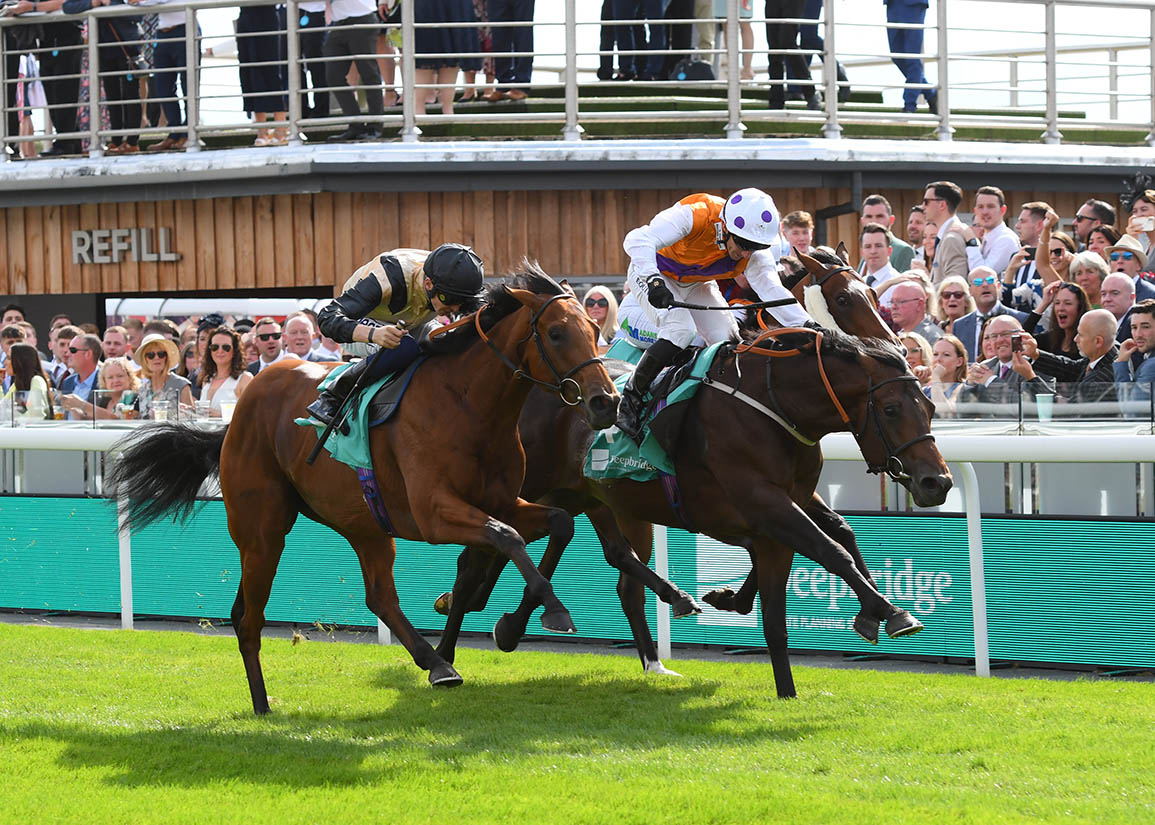 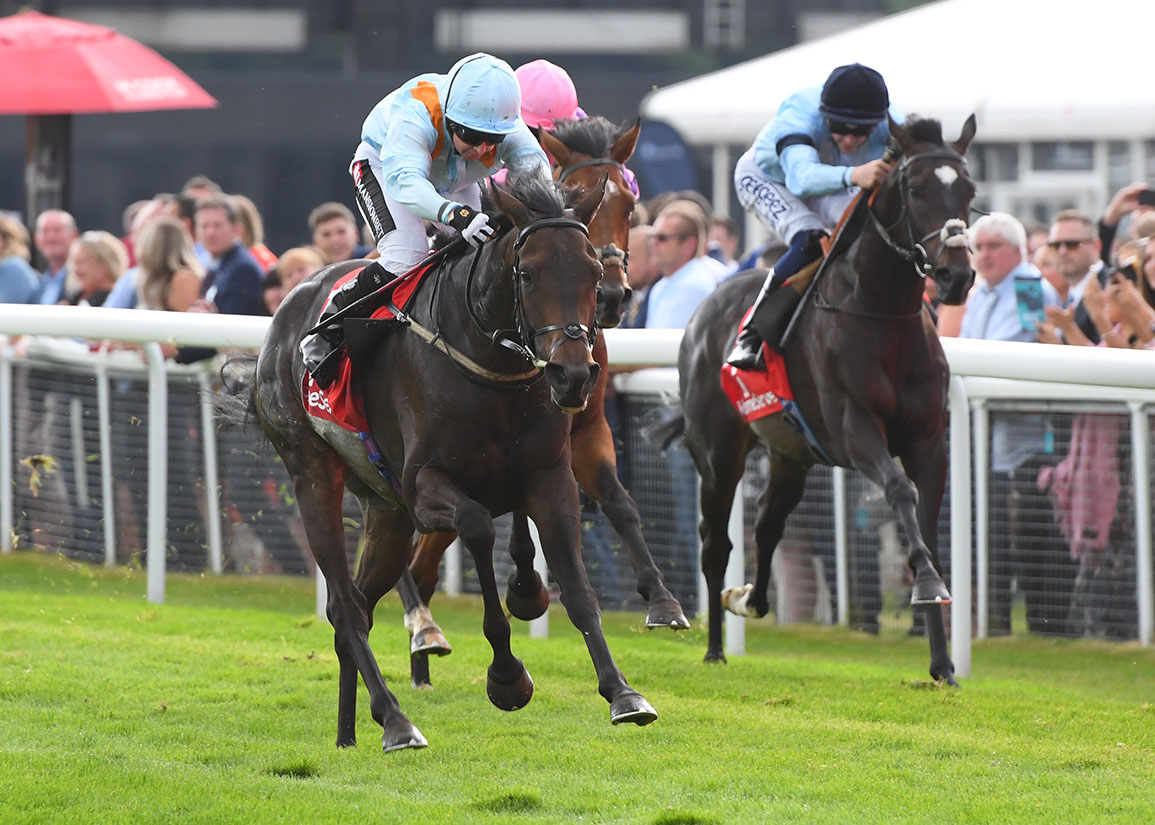 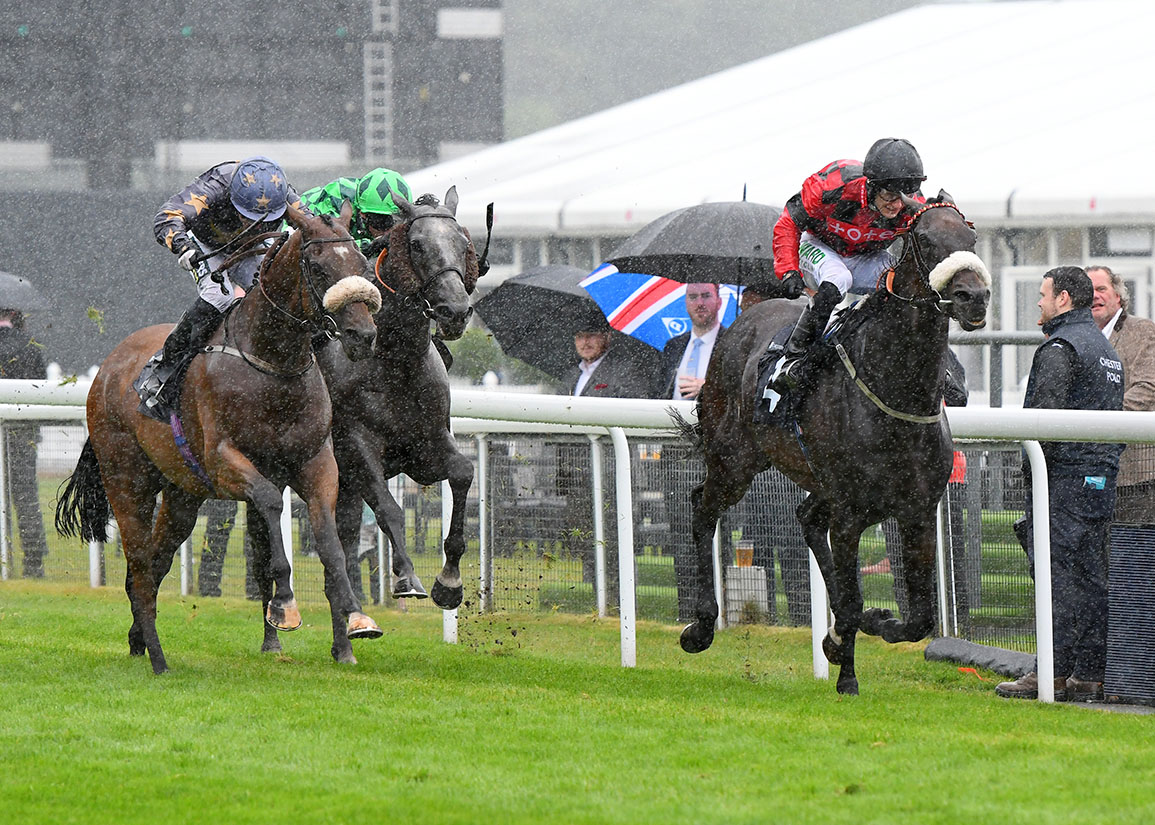 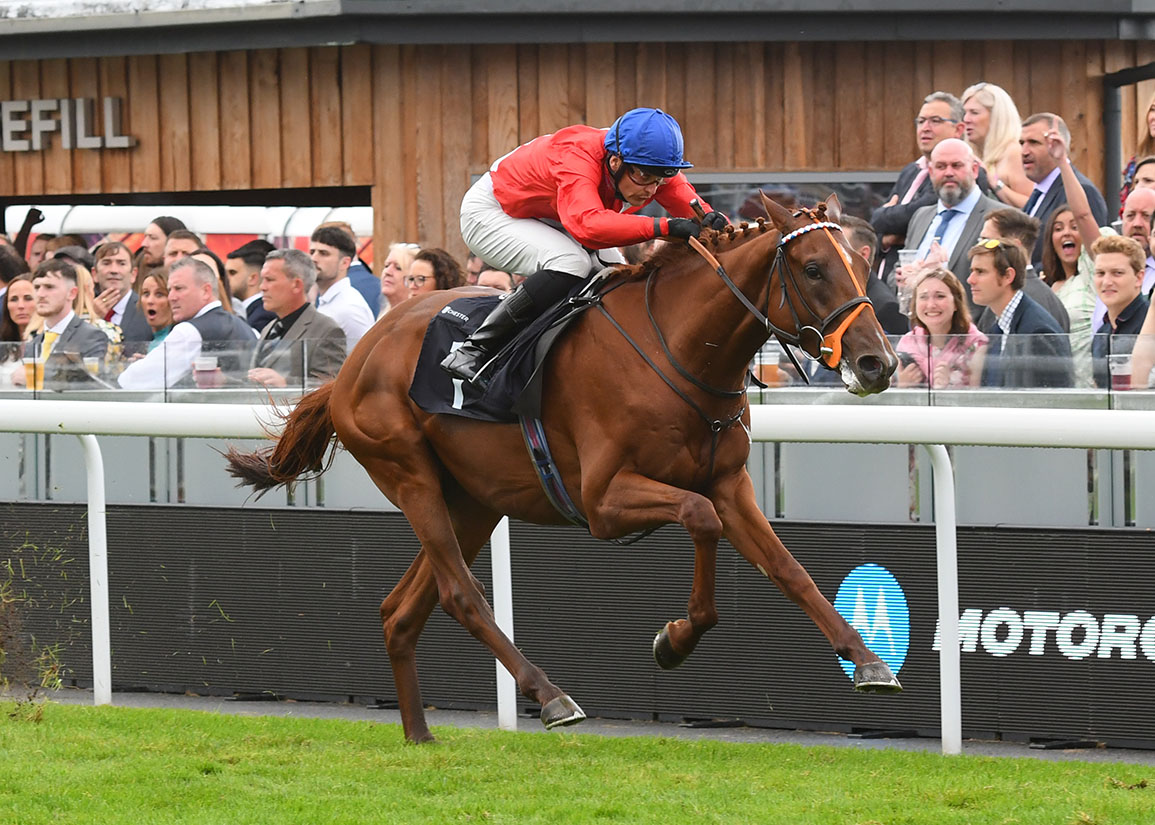 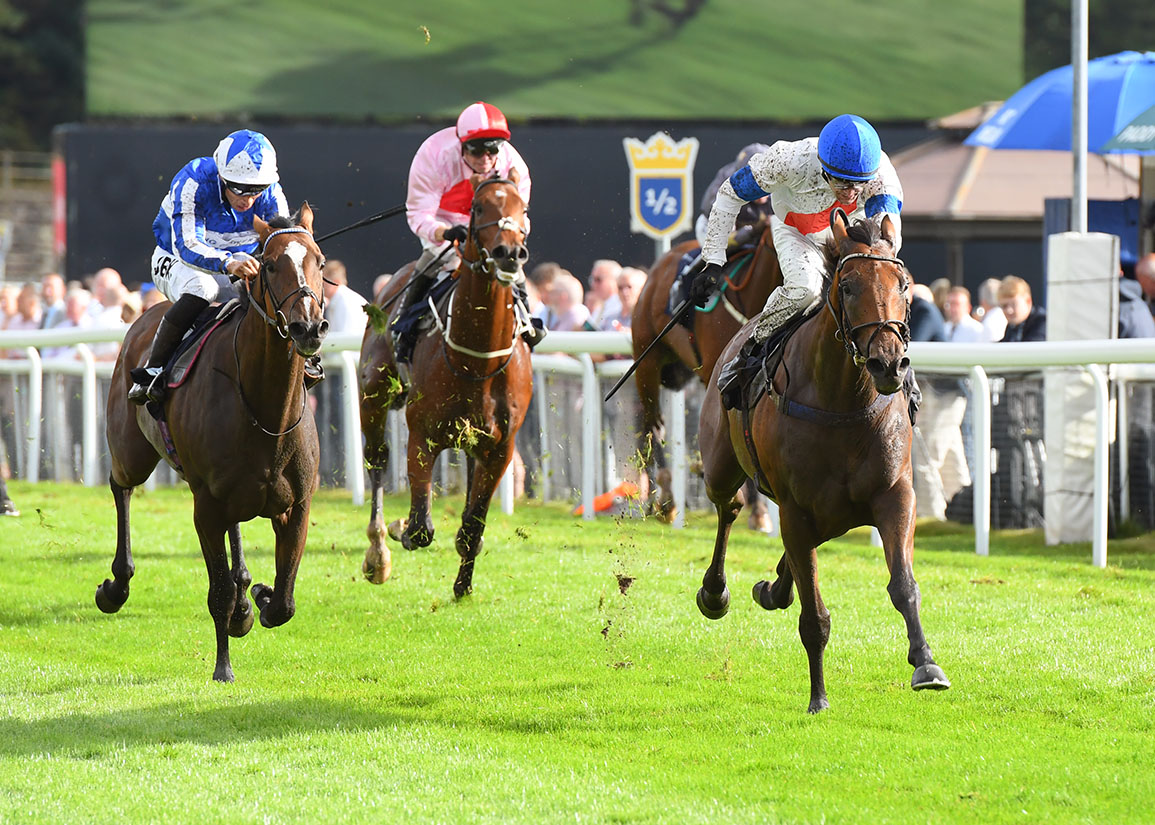 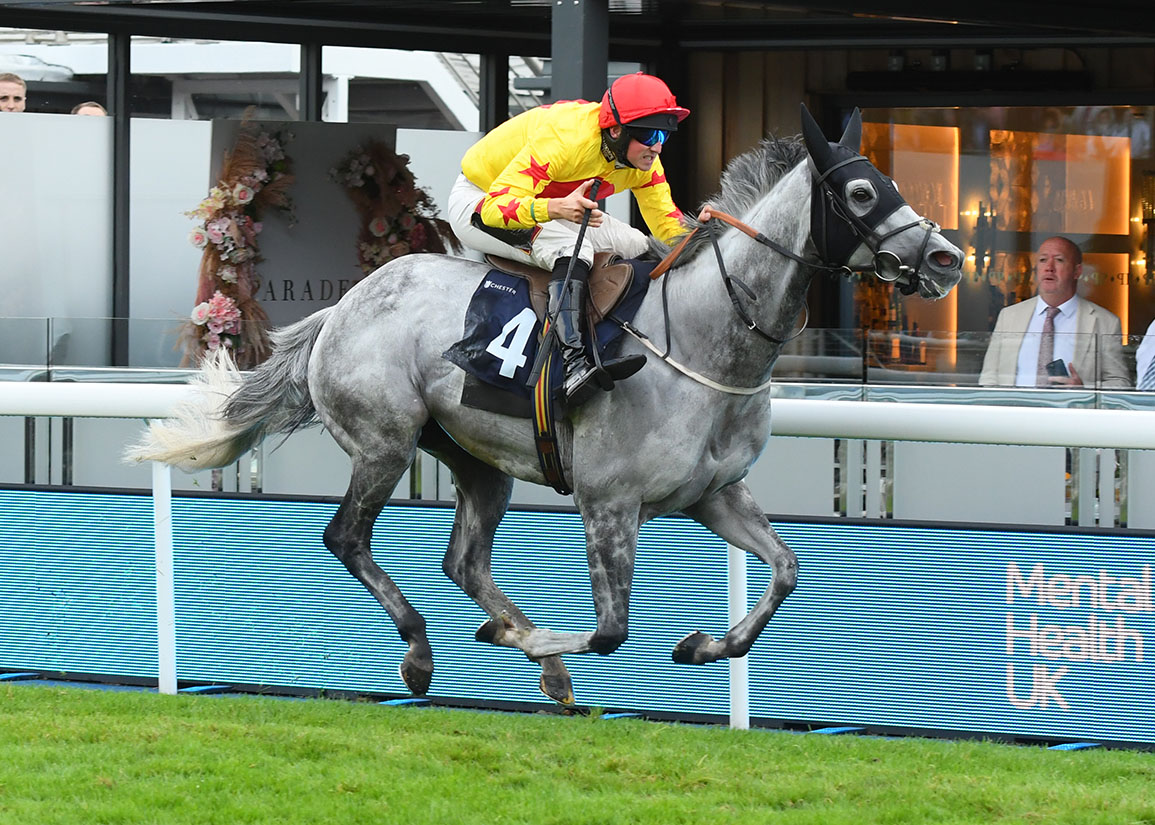