Day 3 of the May Festival saw the eagerly awaited return of the tote.co.uk Chester Cup at 3:15pm. Won by so many smart horses in the past, the Chester Cup has become the signature Roodee race, and attracted a field full of potential future staying stars in this year’s edition. The other feature race of the day came at 2:40pm with the Irish Thoroughbred Marketing IRE-Incentive Scheme Huxley Stakes (Group 2); another race steeped in history since it’s inaugural running in 1999. With 5 other races on show, racegoers had plenty to look forward to on the final day of this year’s May Festival, including the closest finish of the week in Race 1, and the Return of the King in the final race of the day. Ground conditions were Good to Soft, changing to Good after Race 2, with overcast weather throughout the day until a steady downpour of rain from Race 6 onwards.

The tightest finish of the May Festival kicked off Race 1 on Chester Cup Day, as the Andrew Balding 4-year-old Red Mirage just held on by a nose from the rapidly staying-on Boosala, to claim victory at odds of 6/1 for jockey David Probert. The early pace was set by two-time course winner Fools Rush In under Ben Curtis, with Red Mirage prominent in behind; dwelling in rear were the 4/1 SP Fav Boardman, three-time course winner Revich, and Boosala. Rounding the turn into the straight, the gallant Fools Rush In gave way to a powerful run from Red Mirage who stormed to the lead just over a furlong from the post. This proved vital to the outcome of the race as plenty in behind experienced traffic problems whilst waiting for a gap to present itself, namely eventual 2nd and 3rd place finishers Boosala and Revich, who could only get to within a nose and ½ a length of the winner at the line. Another winning trainer and jockey fresh from career best winners’ tallies in 2021, Balding and Probert also combined for Royal Ascot glory last summer with talented filly Sandrine in the Albany.

The second race of the day provided 9/4 SP Fav Mujtaba with an opportunity to make up for his disappointing 12th place finish in the Lincoln Handicap at Doncaster. However, after travelling easily as the field swung into the home straight, the 4-year-old found little for pressure and was swiftly swept aside by 5/2 shot Baryshnikov who went on to record his 3rd career win on the Roodee, with the assistance of Connor Beasley in the saddle. Phil McEntee’s Bakersboy led the field for much of the early contest, with Restorer (having his 2nd run of the week at Chester) close-up in behind. As Bakersboy and Mujtaba began to fade, Baryshnikov and Cap Francais made rapid headway from the rear of the pack over a furlong out, with the former keeping on to finish a length ahead at the line. With 7 winners from 31 runners since the turn of the year, David & Nicola Barron look to be on course for a successful first flat season under a joint-trainer license. Congratulations to all involved!

Just a quartet of runners went to post in the 2022 edition of the Huxley Stakes, but it was again a very familiar story as Ryan Moore piloted his 7th winner of the Festival aboard the Sir Michael Stoute 6-year-old Solid Stone by a striking 3 lengths at odds of 4/1. Throughout the majority of the contest, 2020 Cambridgeshire Handicap winner Majestic Dawn set the tempo up front, with Solid Stone racing in behind ahead of the 5/6 SP Fav Megallan and 14/1 outsider Certain Lad in rear division. As the field came to the 2f marker, Majestic Dawn weakened rapidly to leave Moore the perfect gap to kick for home on Solid Stone. Attempting to close down the new leader, Certain Lad kept on well ahead of the outpaced Megallan in the final furlong of the straight, but ultimately could never quite reel in the winner. 7 was the magic number in this year’s Huxley Stakes as not only did it provide Ryan Moore with his 7th winner of the Festival, but also both his and Sir Michael Stoute’s 7th win in the race! The pair also joined forces in 2016 with former Grade 1 Canadian International winner Cannock Chase, who won the Huxley on his final racecourse start before taking up stallion duties.

As always, the Chester Cup did not disappoint in 2022 and it was yet another big moment for the Ryan Moore & Aidan O’Brien team when they combined for a famous victory with up-and-coming 4-year-old Cleveland at odds of 6/1. Rank outsider Torcello led the early gallop under Franny Norton, followed by the keen racing Coltrane (9/2 Joint-Fav) and Rajinsky; further back in the pack was last year’s winner Falcon Eight (9/2 Joint-Fav) under Frankie Dettori. Over 3f from home, Cleveland was travelling strongly, but had to wait another furlong before Moore pushed the button. As the field of 14 negotiated the turn into the straight, Rob Hornby sent Coltrane to the lead, with Rajinsky trying to sneak up the inside rail alongside the new leader. The pair were foiled though, as the strong late charge from Cleveland catapulted him to the lead 100 yards from the line, with a gallant last lunge from Coltrane proving just too short, eventually going down by just a neck at the post, with Hugo Palmer trained Rajinsky a further 1 ¼ lengths back in 3rd place. Falcon Eight made late headway past beaten horses to finish a solid 5th place behind Arcadian Sunrise in 4th; the burden of top weight may have proven too much for last year’s winner. Once again though, the Roodee was in awe of the lethal combination of Ryan Moore and Aidan O’Brien, with 8 winners on the week for the jockey and 5 winners (from 5 runners) on the week for the trainer, making it all the more surprising that this victory was Aidan O’Brien’s first ever Chester Cup! What a fantastic achievement for all connected!

A 5f sprint was on show for Race 5, and it took just 59.90 seconds for Flaming Rib to claim his 2nd course victory at odds of 6/4, to down the 11/8 SP Fav King’s Lynn (owned by Her Majesty, The Queen) by 1 ½ lengths at the post. Promising apprentice jockey Harry Davies set the pace aboard early leader Night On Earth (having his 2nd run of the week at Chester), with Flaming Rib racing freely under Ben Curtis in 2nd place, ahead of King’s Lynn, Acklam Express, and Blue De Vega. There was slight drama as the field hurtled around the final bend as Night On Earth hung badly right, carrying Flaming Rib and King’s Lynn in the process. This proved no such hinderance to Ben Curtis though as he swiftly sent Flaming Rib to the lead a furlong from home, going on to record Hugo Palmer’s 2nd May Festival winner of the week; a pleasing return having taken over Manor House Stables in Cheshire only recently. Having ridden over 100 winners for 4 consecutive years, Flaming Rib added another win to the ever-growing tally in 2022 for Ben Curtis; let’s hope for another 100!

The penultimate race of the May Festival was a wide-open apprentice handicap that eventually went the way of 20/1 outsider Haseefah, under George Bass, for top trainer Alan King. Very few runners came from the rear to challenge those who were prominent throughout, as Haseefah led for much of the race, ahead of the 100/30 SP Fav Scampi, Kalaroun, and 3-time previous course winner Heart Of Soul. At the furlong pole, Haseefah looked tapped for toe as he was readily passed by Kalaroun under Zak Wheatley, ahead of Scampi who hung left in behind them. However, with 100 yards to go, Haseefah found a second wind to help him battle back and triumph by just a neck, gamely holding off the rallying Kalaroun, with Scampi just ¾ of a length behind them. Typical of his horses, this was yet another staying winner for dual-purpose trainer Alan King, whose Trueshan won 2 Group 1 staying races in 2021. Also worth noting, after achieving a personal best of 17 winners in the whole of 2021, George Bass has now already recorded 6 winners this year; good luck for 2022, George!

As the curtain came down on the 2022 May Festival, who better to ride the final winner of the meeting than the King Of Chester himself, Franny Norton! As the ground continued to soften, the stars were aligned for the Venetia Williams trained mare Bellatrixsa and Franny Norton, who eventually ran out comfortable winners by 1 ¼ lengths from the gallant Dance To Paris in 2nd place. Just over 2f away from the winning post, Emiyn led the field, with Bellatrixsa always prominent. Just in behind them travelling well came Dance To Paris and Call My Bluff who both encountered traffic problems of a different kind, with the former stuck waiting for gaps to appear and the latter being forced out wide of the field. The bird had already flown though, as Bellatrixsa swept aside Emiyn at the furlong pole, with the late charges from Dance To Paris and Call My Bluff proving insufficient enough to peg back the eventual winner, who started as the 13/8 SP Fav. Having ridden the winner in this race in 2021 for Venetia Williams (Green Book, who went on to record Grade 3 success over hurdles), it was little surprise to see Franny Norton repeat the trick once again. Williams, whose horses notoriously adore rain-softened ground, also had big successes at the Cheltenham Festival this year, with Chambard in the Kim Muir and star novice L’Homme Presse in the Brown Advisory. 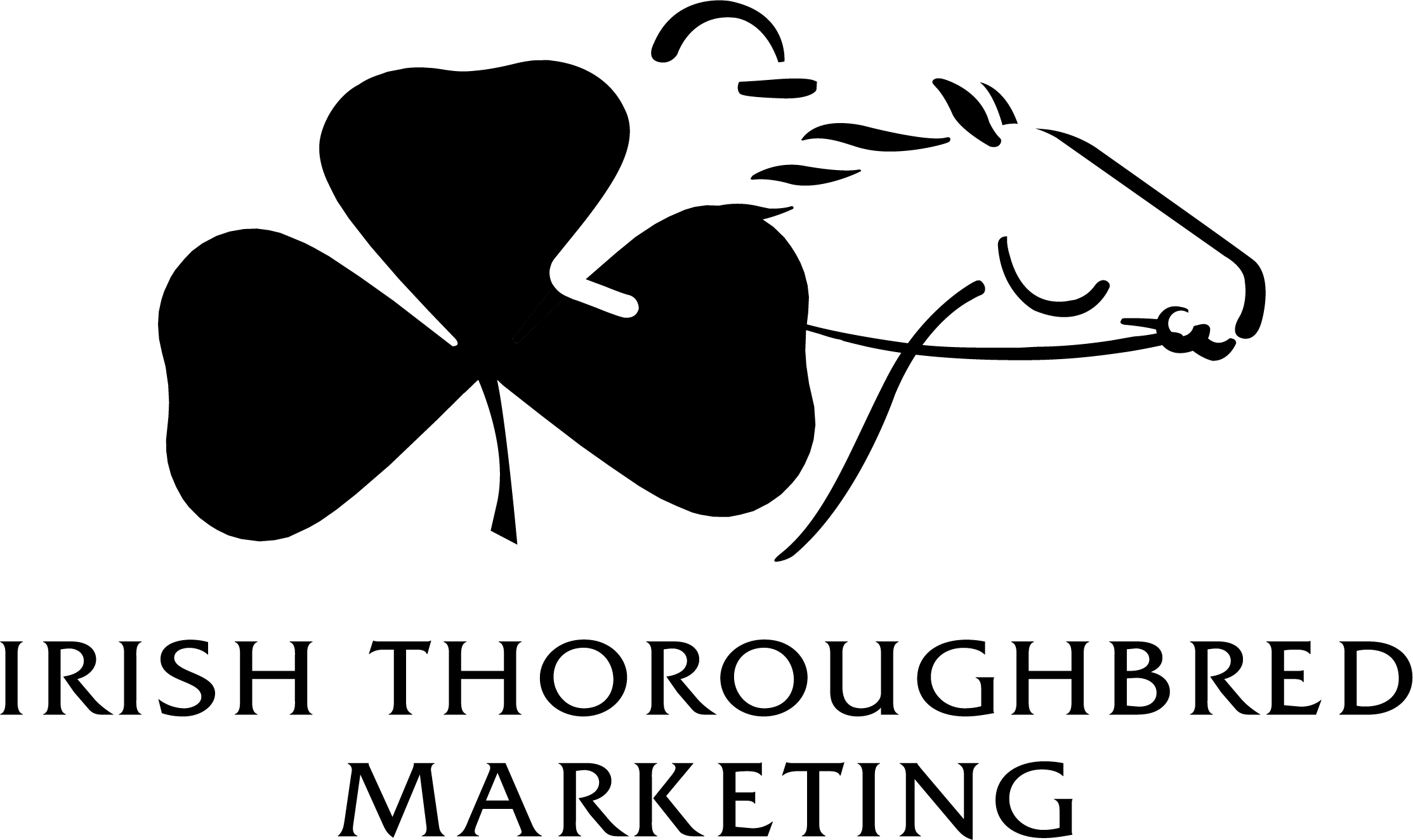