Snow Ocean swept to victory in the feature race of the evening, the £30,000 added Boodles Raindance Handicap.  Khagan has led the field of 12 before Group One Power went on in the straight but was not able to sustain the pace as rivals challenged with Snow Ocean prevailing by a short head on the line.  “We didn’t have the best draw and he settled a lot nicer today, he’s been keen.  There   wasn’t a lot of racing room, and I was stuck in a pocket.  He came through horses and picked up well.  He’s got good form round here and credit to the horse, the cut away helped us,” said successful jockey Cam Hardie.

Course winner Praxeology was the pace setter in the opener, Boodles Handicap Stakes for Female Amateur Jockeys but faded as the runners approached the line and spread across the course.  Zlatan went on before the winner, Acquisitor, sent off at 7/2, came through on the rails and got up by a neck.  Jockey Amie Waugh explained: “He was quite happy to let the other horses get close to him and it was easy to get to the rail.  They went so quick at the beginning; I didn’t worry that I wouldn’t have enough room.  I’m enjoying the different kind of thrill on the flat for the Summer. A race like this is good fun and everyone likes a bit of competition in this type of race!”

Four horses went to post for the EBF Restricted Novice Stakes and Roman Dragon was smartly out of the stalls to occupy pole position on the inside rail with his rivals closely grouped behind him.  Making all the running, Roman Dragon, returned at 100/30, stayed on to win readily by one and three quarter lengths from Dairerin.  “He jumped well, and nothing was happening, he was hard enough on the bridle, and I was able to get a breather into him and when I kicked, he went.  His style of running suits round here, he’s quite laid back,” summarised jockey Jane Elliott, who was riding for trainer Tom Dascombe.

Dascombe landed a double in Deepbridge Estate Planning Service Nursery Handicap Stakes when Ever Given prevailed by a neck on the line from challenger Mahagoni.  I’m A Gambler was promptly across to the inside rail but faded to occupy third place.  “He’s quite professional and galloped away.  The track is quite sharp, and he was changing his legs on the bends, that’s when I bumped with Franny.  He straightened up to win and we knew the ground would suit him,” explained Kieran Schofield, the winning jockey.

Jockey David Nolan brought the 11/4 chance Coul Queen wide to make her winning run in the Boodles Ashoka Handicap Stakes to overtake the long-time leader Ugo Gregory and open up a winning margin of two and a quarter lengths on the line.  Nolan said: “She was very straightforward, she jumped out and travelled through the race.”

“I thought I was cooked after a furlong,” remarked Jane Elliott as she celebrated a double and the Dascombe yard had notched up a treble in the Mental Health UK Handicap Stakes.  Celerity faded as Afandem led into the straight and the 11/8 favourite Lincoln Park appeared to sprout wings and accelerated past horses to win by a short head on the line from Soul Seeker.  “He didn’t jump great and took a bit of warming up, when I got some daylight, he just took off.  He’s a fairly honest horse and never gives up,” added Elliott.

Racing closed with the Retraining Of Racehorses Fillies’ Handicap Stakes and an impressive 12-length victory for the 11/8 favourite Military Two Step who danced away from his rivals in front of the stands.  Jockey Franny Norton stated: “This horse is down in grade and up in trip, that’s what helped.” 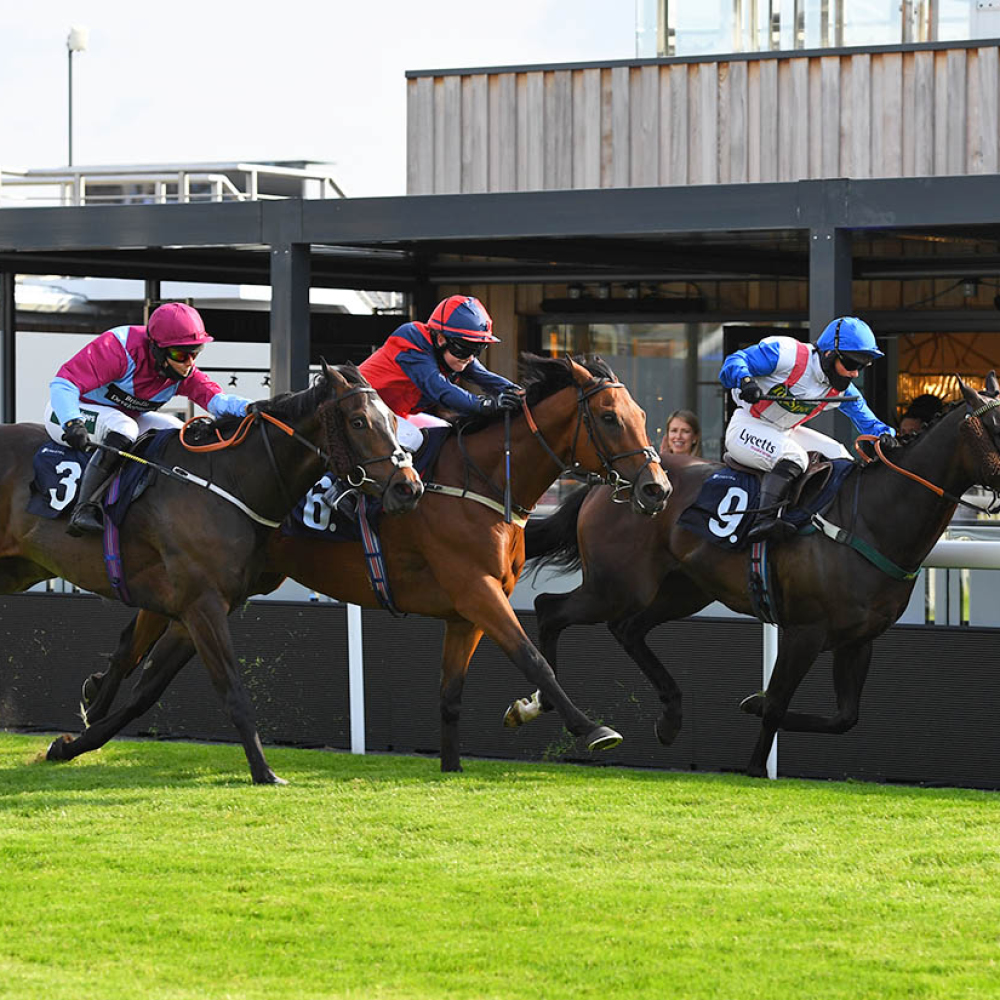 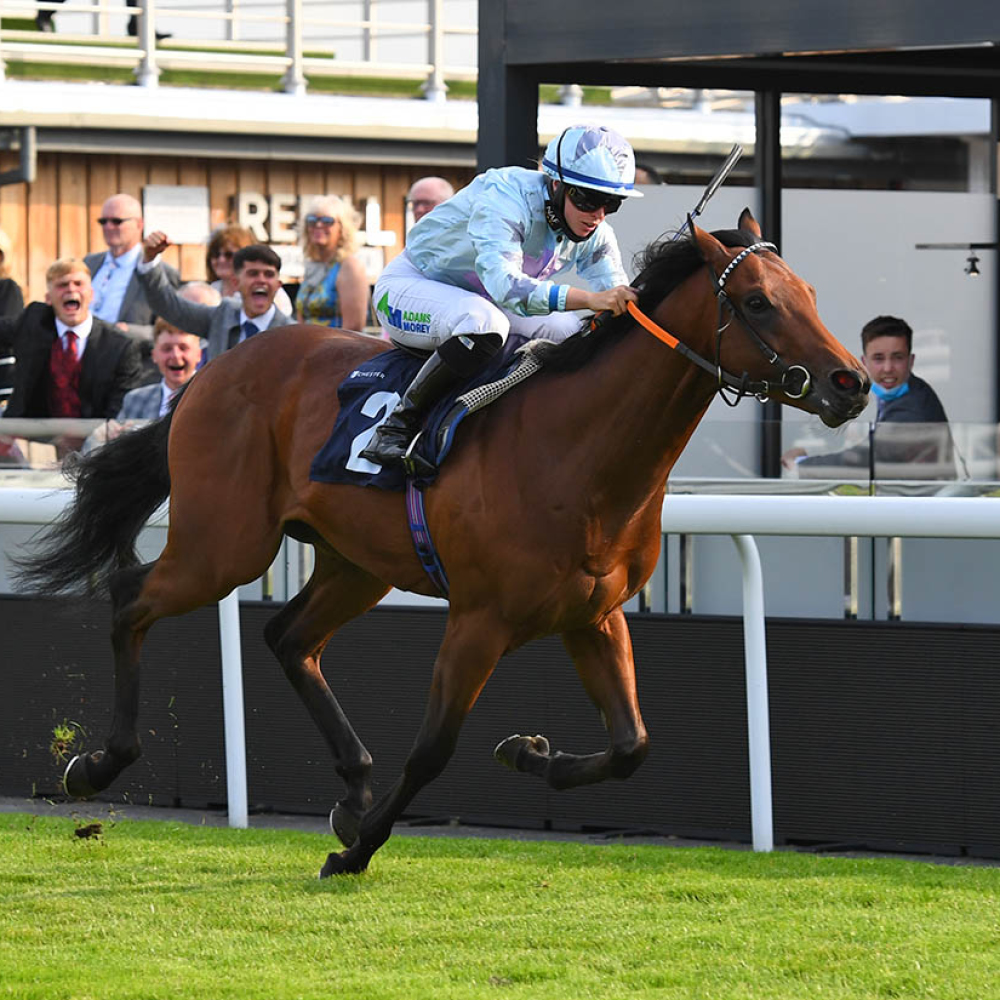 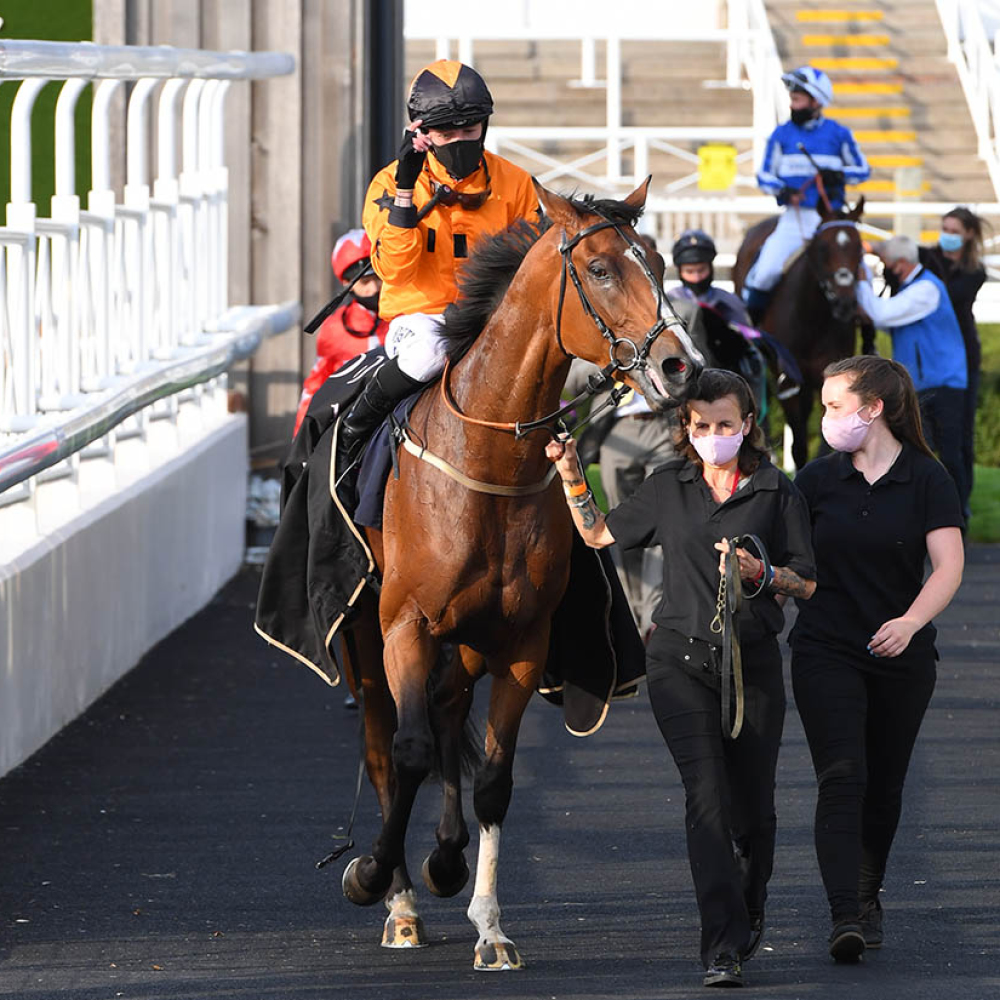 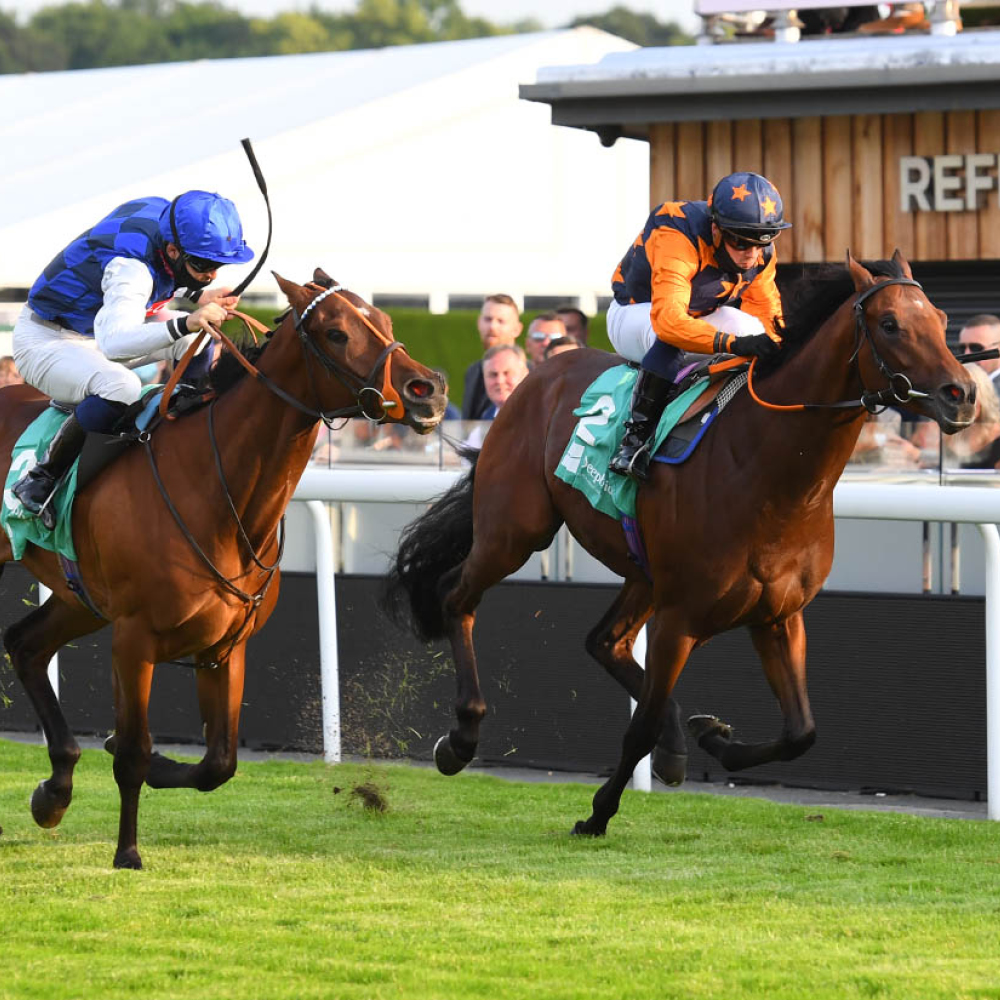 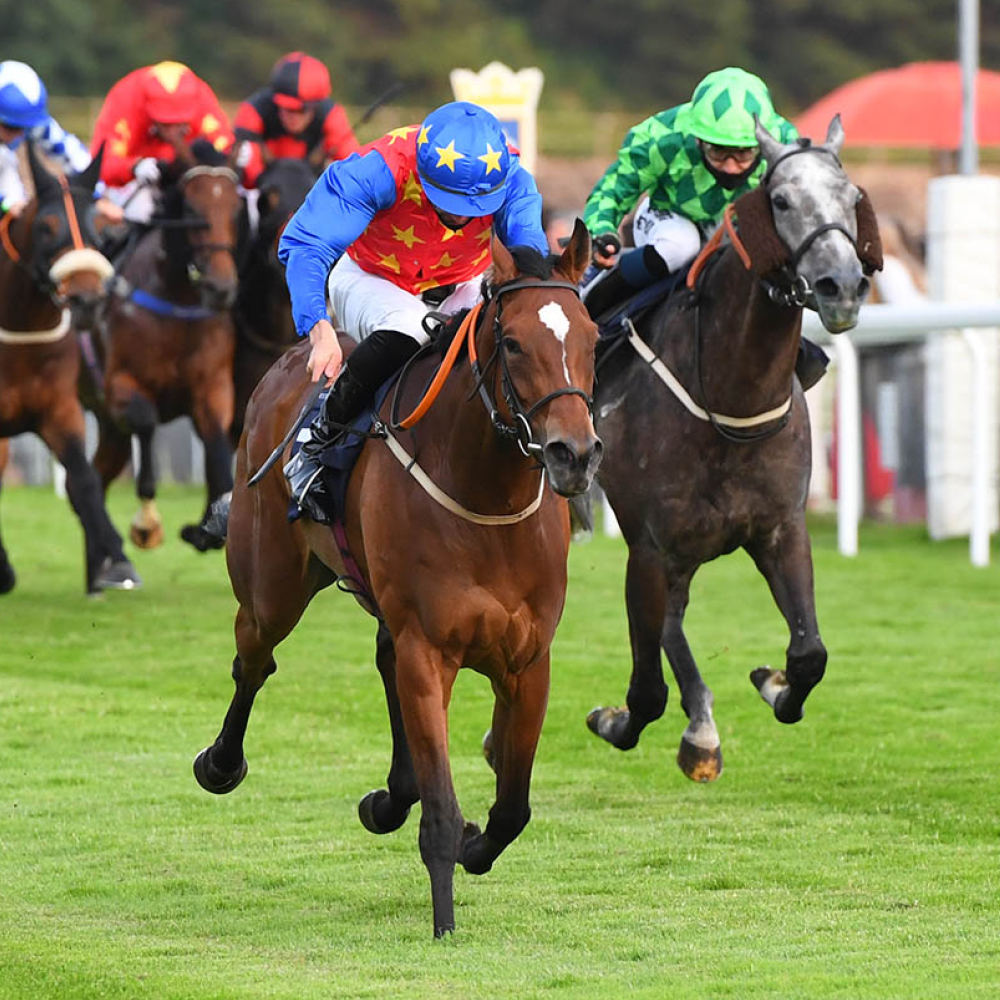 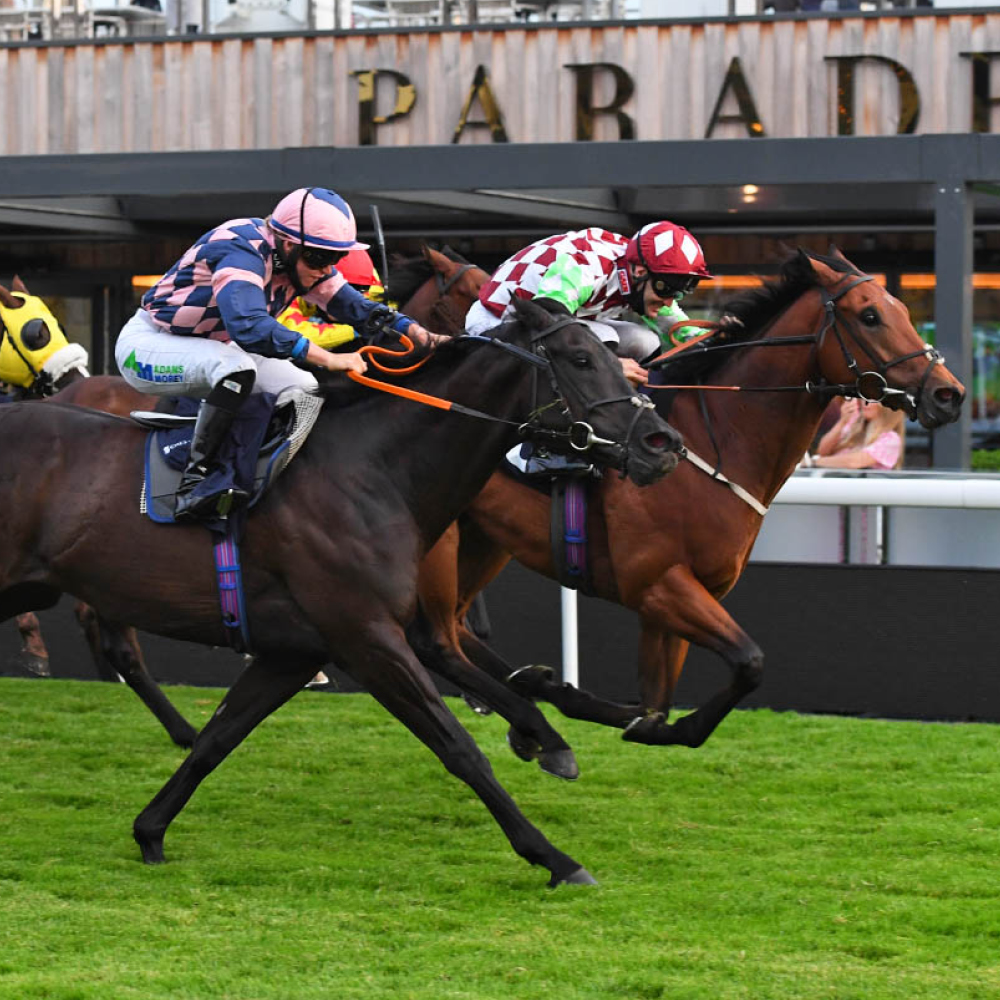 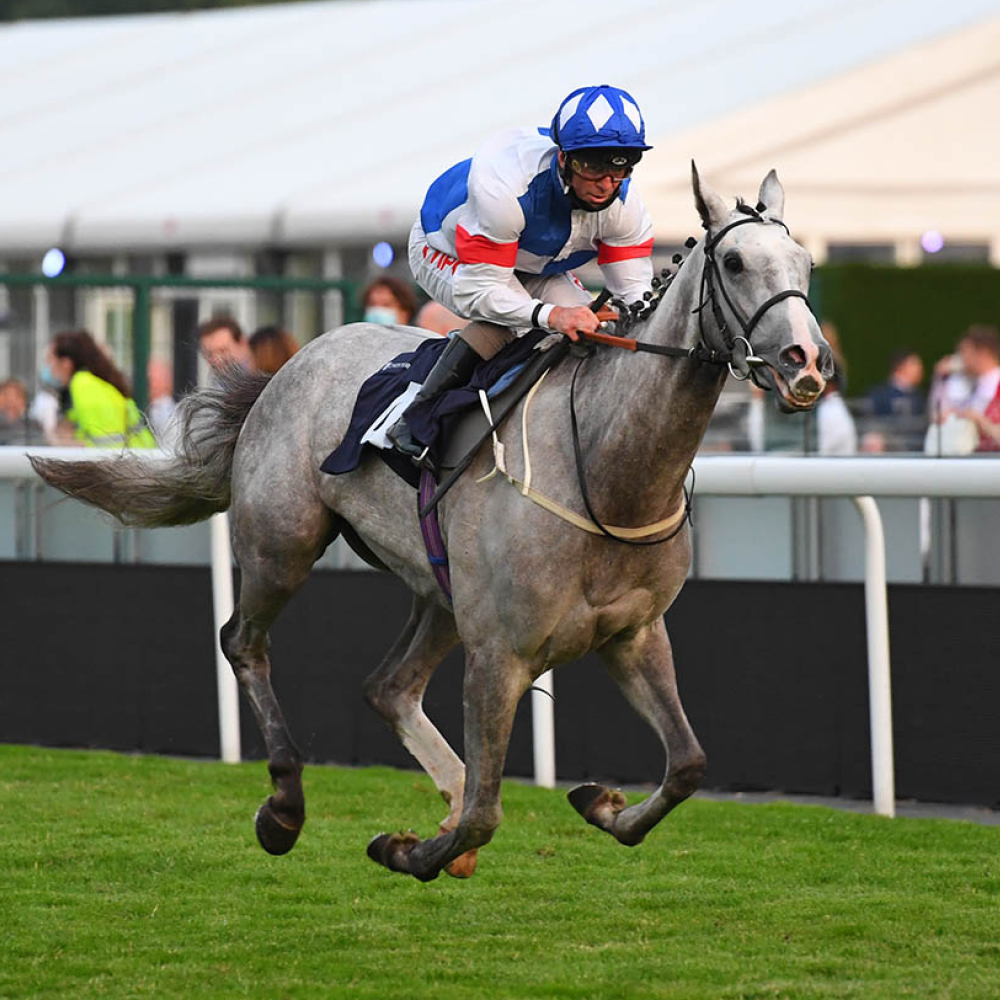