Super Over broke promptly from the stalls to set the pace in the Clogau UK Silk Series Handicap Stakes and opened the action at Clogau Ladies Evening.  Trumble raced alongside before fading in the straight.  Coming wider, the 6/5 favourite, Melody Of Life, picked up the pace and overhauled his rivals to land the race comfortably by two and a half lengths.  Successful jockey, Hayley Turner explained: “They went quite hard, and I had to keep him up to his work.  There’s plenty of juice in the ground and he did it well.”

Turner was back in the winners’ enclosure following the Clogau Restricted Maiden Stakes (for horses in Bands C and D) following an exciting finish that required a photo to confirm the result.  Rickenbacker was quickly into the lead after several horses struggled to maintain a straight line breaking from the stalls.  The field had closed up as the race entered the final furlong and the advantage Rickenbacker had maintained was being eroded by several rivals.  Taking a wider route Adjuvant, returned at 9/4, accelerated to the line and was a neck in front of the long-time leader crossing the line.  “The seven-furlong start is quite tricky here, it’s on a bend and I got a little bump.  I had to settle in where I didn’t want to be, so he did it the hard way.  Going wide is not ideal but he was getting up momentum.  This track is the hard way for a debut,” said the jockey.

“He was smartly away and travelled really well.  I got a breather into him off the bend and then he picked up and ran on,” summarised jockey Trevor Whelan enroute to the weighing room after landing the Envirosips Claiming Stakes aboard the 9/2 chance Alminoor by a length.  The runner-up, Sir Maximilian was boxed in and the lack of a clear run may have cost him the race as he was making ground approaching the line.

The three-pound allowance claimed by jockey Joanna Mason assisted in Bollin Margaret recording her third successive win in the tote & EBF Supporting #RacingWithPride Fillies’ Handicap Stakes.  Chester specialist Franny Norton set the pace aboard Basilicata who raced with ears pricked.  In the final stages the runners fanned out across the track and supporters of the 8/1 chance were rewarded as Bollin Margaret ran through horses to land the race by half a length.  Mason said: “She’s a game filly and she just took off. I’m lucky to ride her!”

Racegoers were treated to another exciting finish in front of the stands in the Retraining of Racehorses Handicap Stakes as a closely grouped field approached the winning post.  Gabrial The Tiger was the early pace setter before losing his place.  Northern Express had kicked for home, however, Praxeology emerged to win by a head on the line.  “To be fair, I thought I’d got it,” said winning jockey Cameron Noble, “He’s got a lovely low head carriage. He’s a horse that loves his racing and he’s improving with every run.”

Front running tactics paid off for the 17/2 chance Corbulo in the Roodee Handicap Stakes to close the meeting.  The winner held off the late challenges from his rivals by half a length after picking up the pace two furlongs out.  Jockey George Buckell remarked: “I love that horse, he’s just so tough.  I’ve won on him from the front, and I’ve won on him from the back and in all different conditions.”

Racing returns promptly to the Roodee on Saturday, 26 June for the Summer Festival meeting. 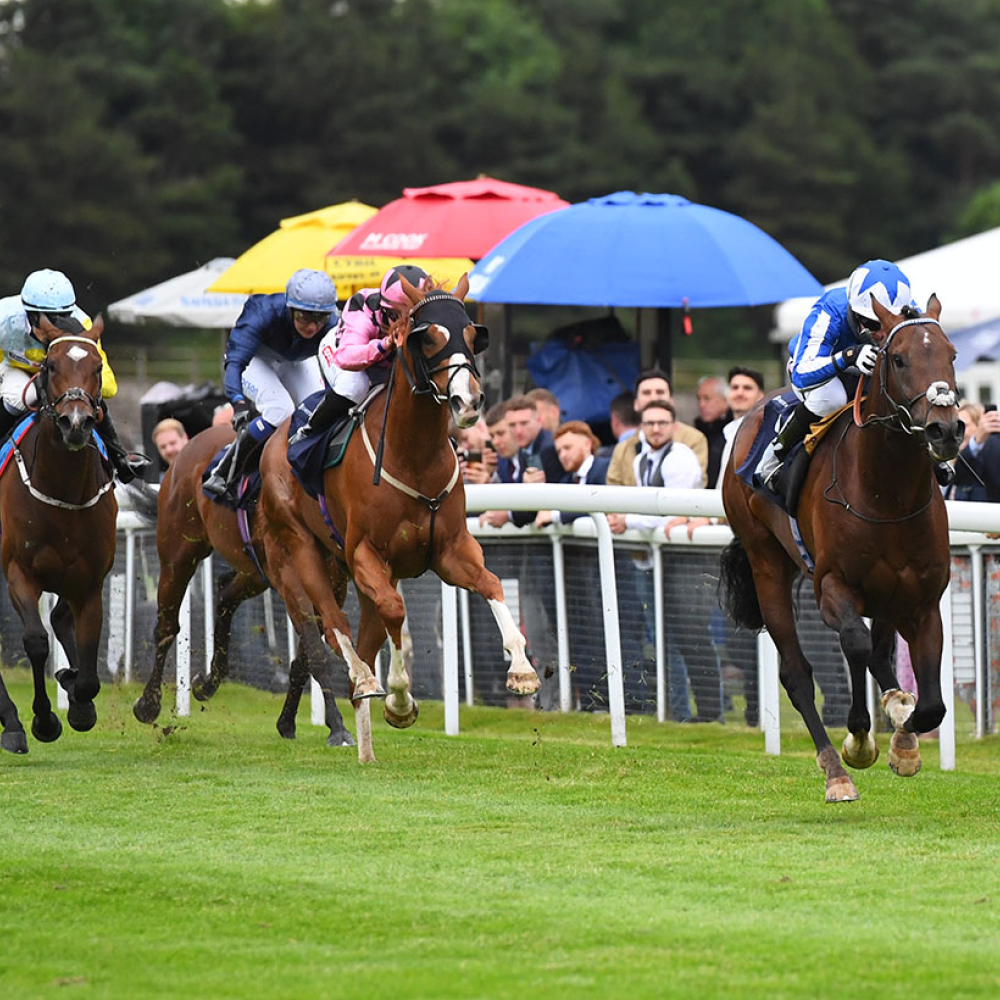 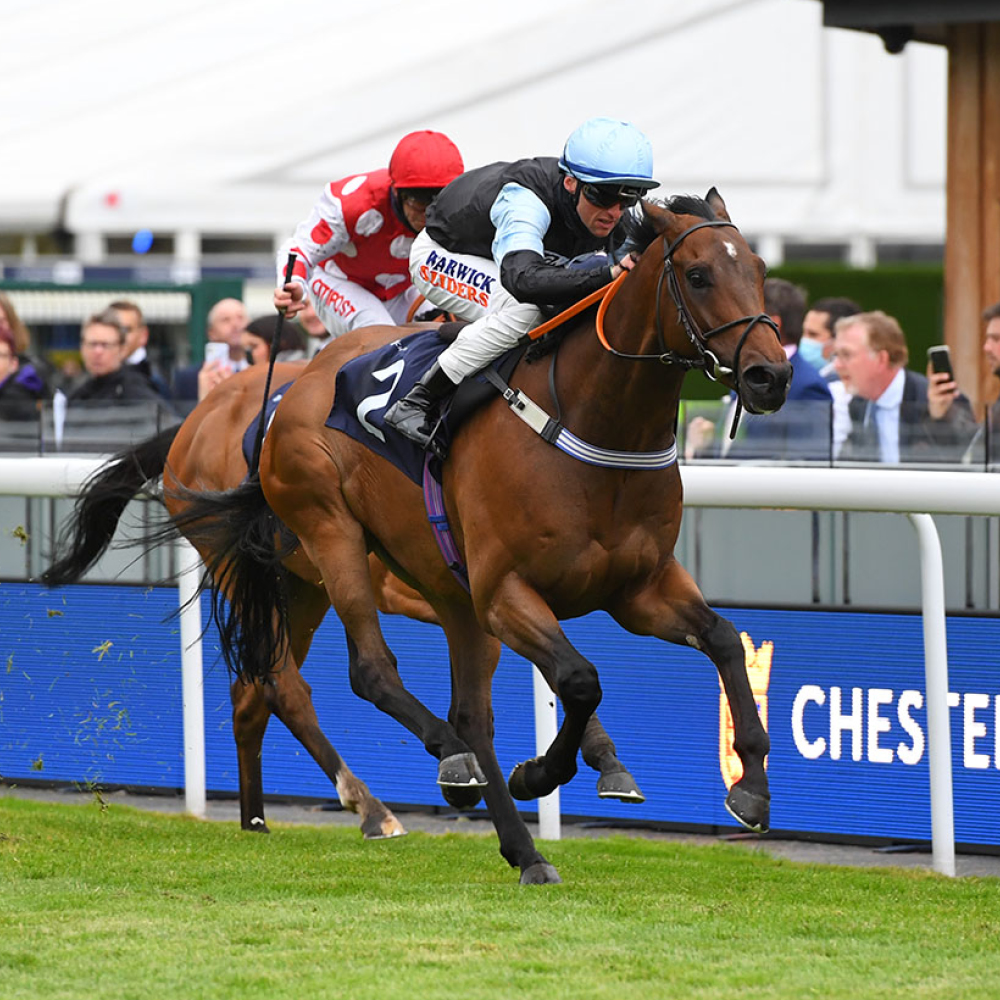 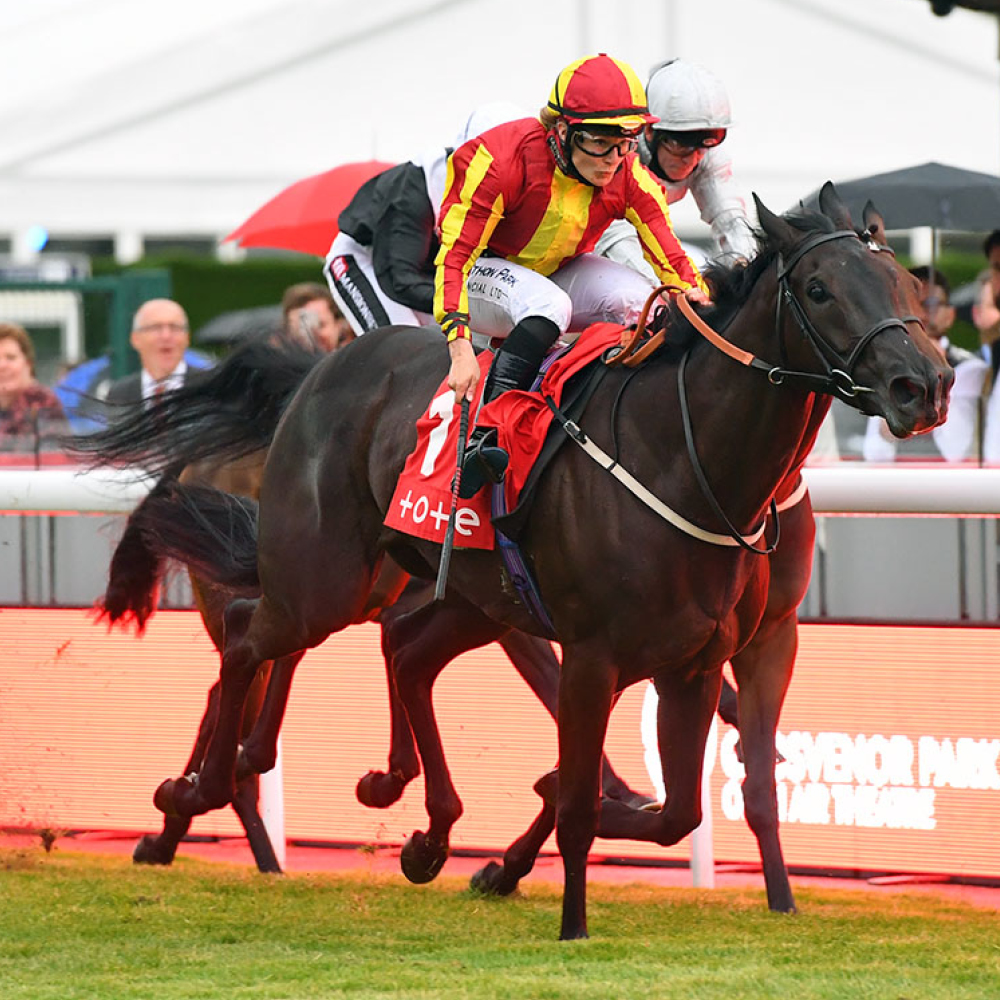 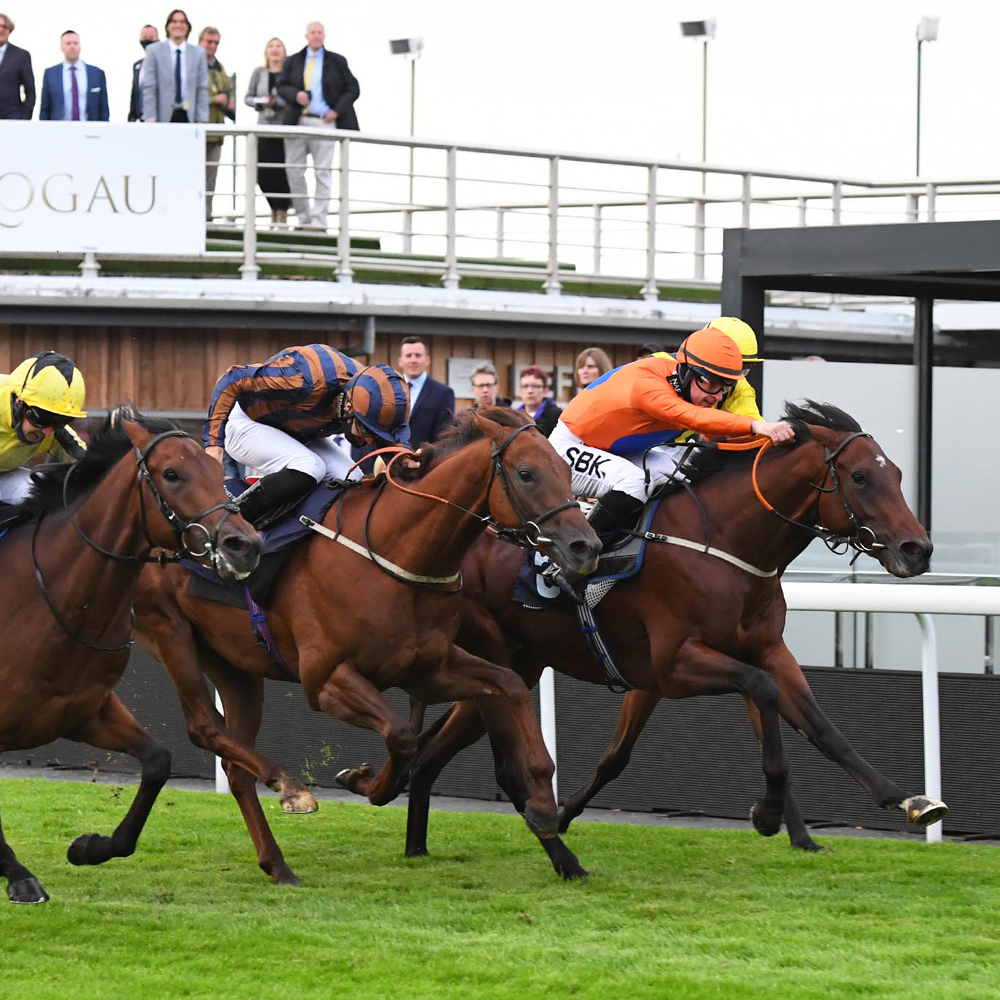 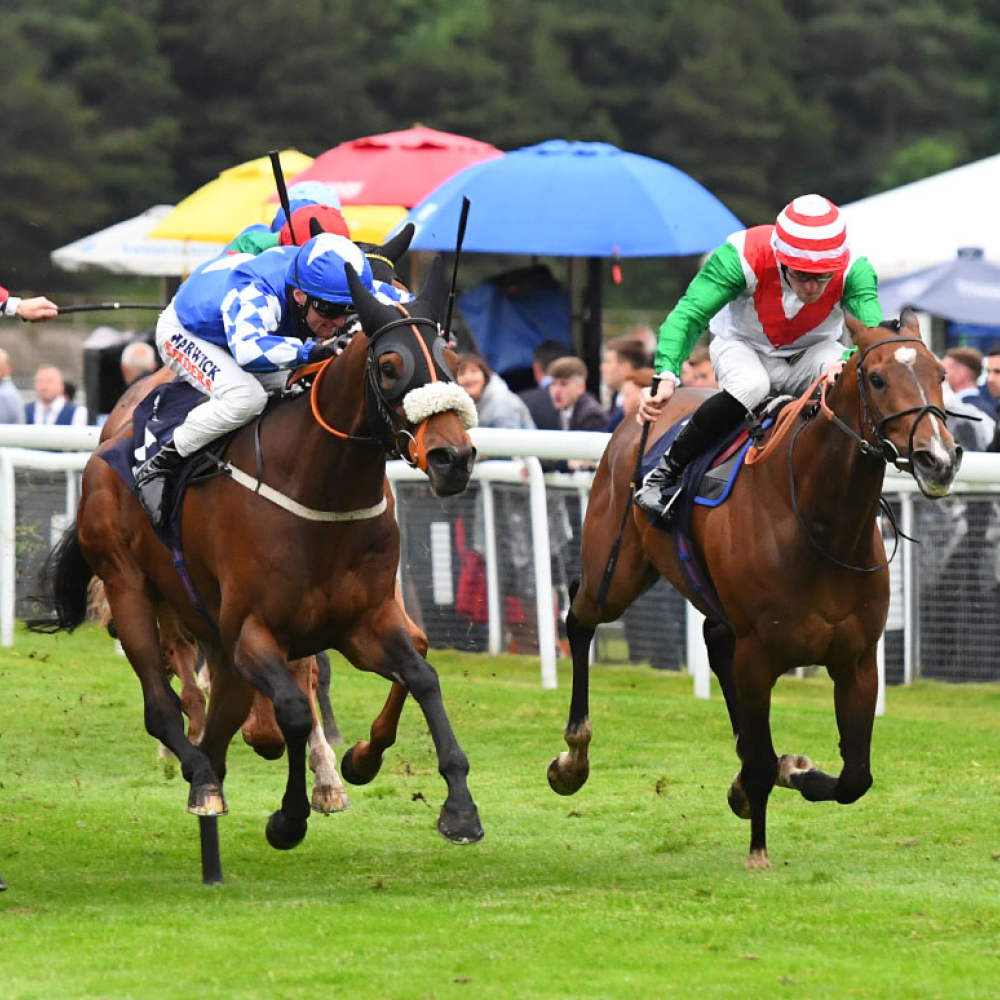 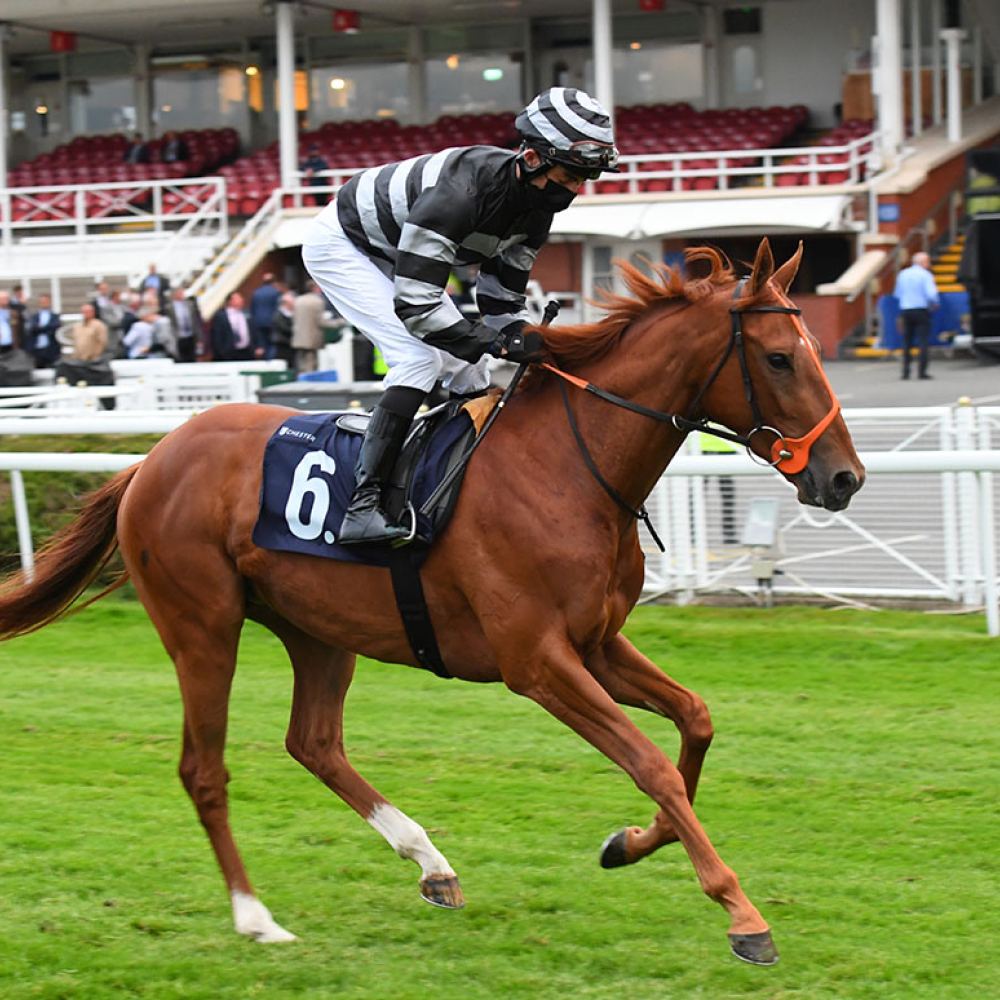