“He’s entitled to that based on previous form last year.  He managed the ground and loved the track.  He’s a beautiful mover that that will be good for his confidence.  When he got clear he came on the bridle; he’s a smart horse,” was how jockey Jamie Spencer reviewed his win aboard the 10/11 favourite, Spanish Mission in the Share Shop Chester Stakes, the feature race on the card.  Entering the straight there were four horses across the track and Spencer switched his mount wide before galloping clear to record a three-length success, with Selina occupying the runner-up slot.

Iconic Queen was the ready winner of The School of Hard Knocks EBF Fillies’ Novice Stakes.  Franny Norton pushed Fragrant Storm into an early lead and was going the shortest way round, however Harry Bentley opted for a wider route and accelerated clear to score by one and three quarter lengths aboard the evens favourite. “I had a nice slot, she had the form; it was a big run at Goodwood and all she had to do was run to the form to win.  She idled a bit in front, there may be more to come,” explained Bentley.

The field contesting the Chester Rugby Club Handicap Stakes was led by Wrenthorpe before rivals began to close approaching the line and the judge called a photo finish to confirm that topweight Orvar, returned at 5/1, had got up in the final strides to win by a head from the favourite, Broken Spear.  Successful jockey Paul Mulrennan said: “Everything went great, racing is tight here and you need the break.  I got a split up the straight and he deserved to win.  Once you get serious with him, he’ll pull out and the ground is perfect.”

Mulrennan was promptly back in the winners’ enclosure after landing the #ChesterTogether Handicap Stakes with the 6/4 favourite Revich.  The partnership was smartly out of the stalls and went to the front before galloping clear to land the race by two and a quarter lengths.   “He broke very well and if you’ve got the draw you need to use it.  I got a breather into him after a furlong and I never heard another horse,” was the summary provided by the jockey.

Spright proved to be sprightly and justified a starting price of 11/10 favourite in the #SimplePleasuresChester EBF Fillies’ Conditions Stakes.  A speedy exit from the stalls enabled jockey Clifford Lee to use the inside rail effectively and kick on entering the straight.  The only danger was from Terrichang who closed the gap to three quarters of a length at the winning post.  Lee stated: “She’s got early speed and then stays, she galloped out to the line today.  She’s a very busy filly and wearing a hood in the paddock keeps the lid on her.  It was a tougher race for her today and she’s done it easy enough.”

Franny Norton is a regular in the winners’ enclosure at Chester and he said:” It’s nice to get one on the board,” following a half-length victory in the Supporting Chester FC Handicap Stakes with Barbill who was backed down to 18/5 favourite at the off.   The runners had fanned out in closing stages, however Franny stuck to the rail, passing his rivals en-route the line.  Norton added: “It worked out, he travelled well behind the pace.  It was all straightforward stuff.  When he’s right on the day, he’s a tough one to beat.   This is one course where you do feel the crowd and get the vibe, hopefully it won’t be long.”

“When you get the draw you’ve got to make use of it and get a lead without using too much, especially on this ground; it’s quite testing.  You can take too much out of them if you get the fractions wrong,” explained Harry Bentley after riding a double.  Lihou, the 5/4 favourite, went the shortest way round to win The Children’s Air Ambulance Handicap Stakes Division I by two lengths and was followed home by Roundhay Park.

Topweight Bossipop continued the run of successful favourites with success in Division II of the Children’s Air Ambulance Handicap Stakes.  Front running tactics paid off and challengers were held off by a head.  “He’s an old horse and he knows what he’s doing, tanking away in front,” said jockey David Allen.  He added: “You need to hit the gates at Chester, he’s pretty old and he’s one of my favourites. He showed a lot of speed and battled and was carrying a lot of weight.”

The Storyhouse Handicap Stakes closed the meeting and provided jockey Harry Bentley with a treble courtesy of topweight, Future Investment the 11/8 favourite.  Bentley said: “He was stepping up in trip, but he’d been promising he would stay.  I got a good position in the race and he’s done it well.”   The winner came wide into the straight and kept straight to outpace his rivals and score by one and a half lengths.

The final fixtures at Chester Racecourse in 2020 will comply with prevailing covid-19 restrictions and be held behind closed doors.  There is a two-day fixture on Friday, 11 September and Saturday, 12 September, with the seasonal finale taking place on Sunday, 27 September. 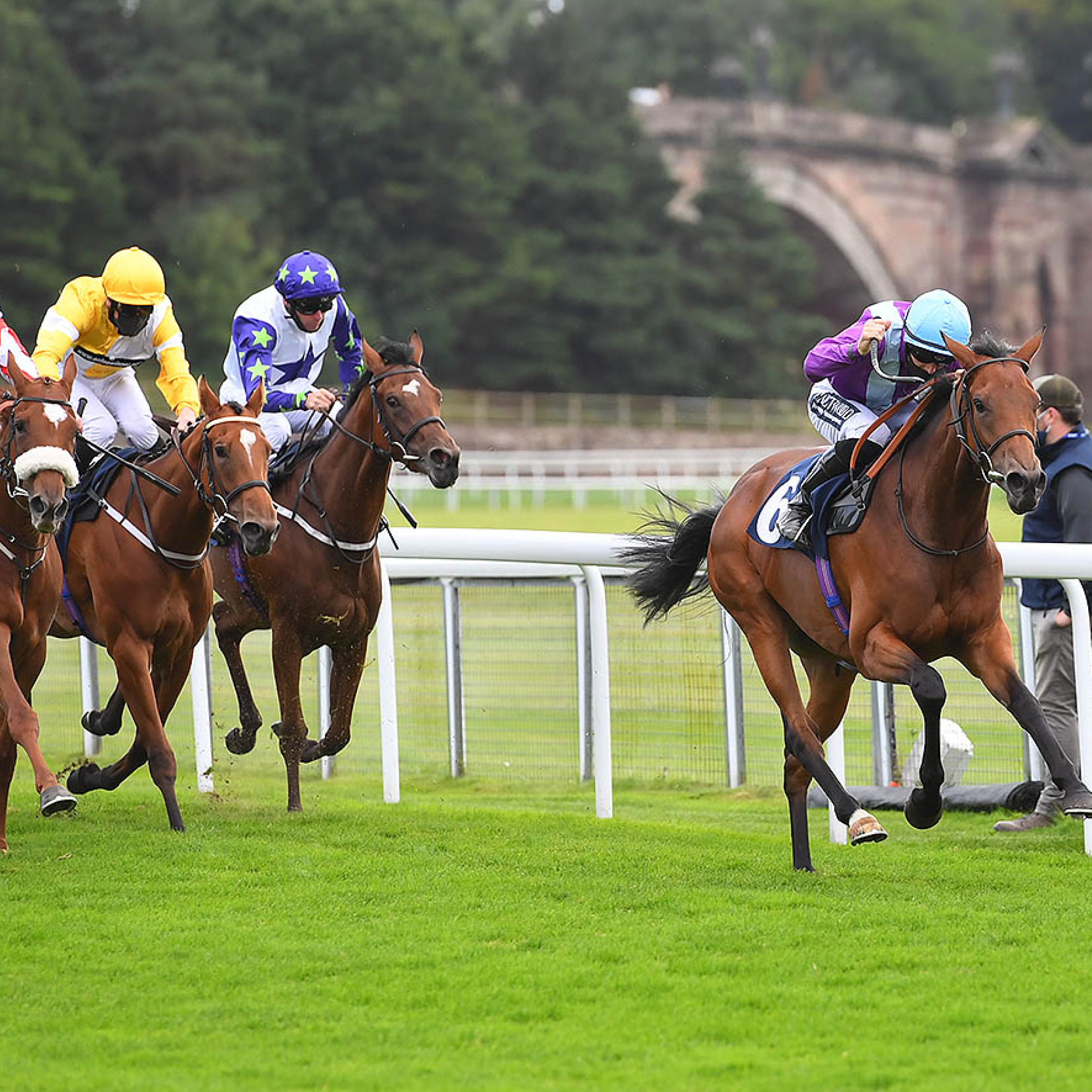 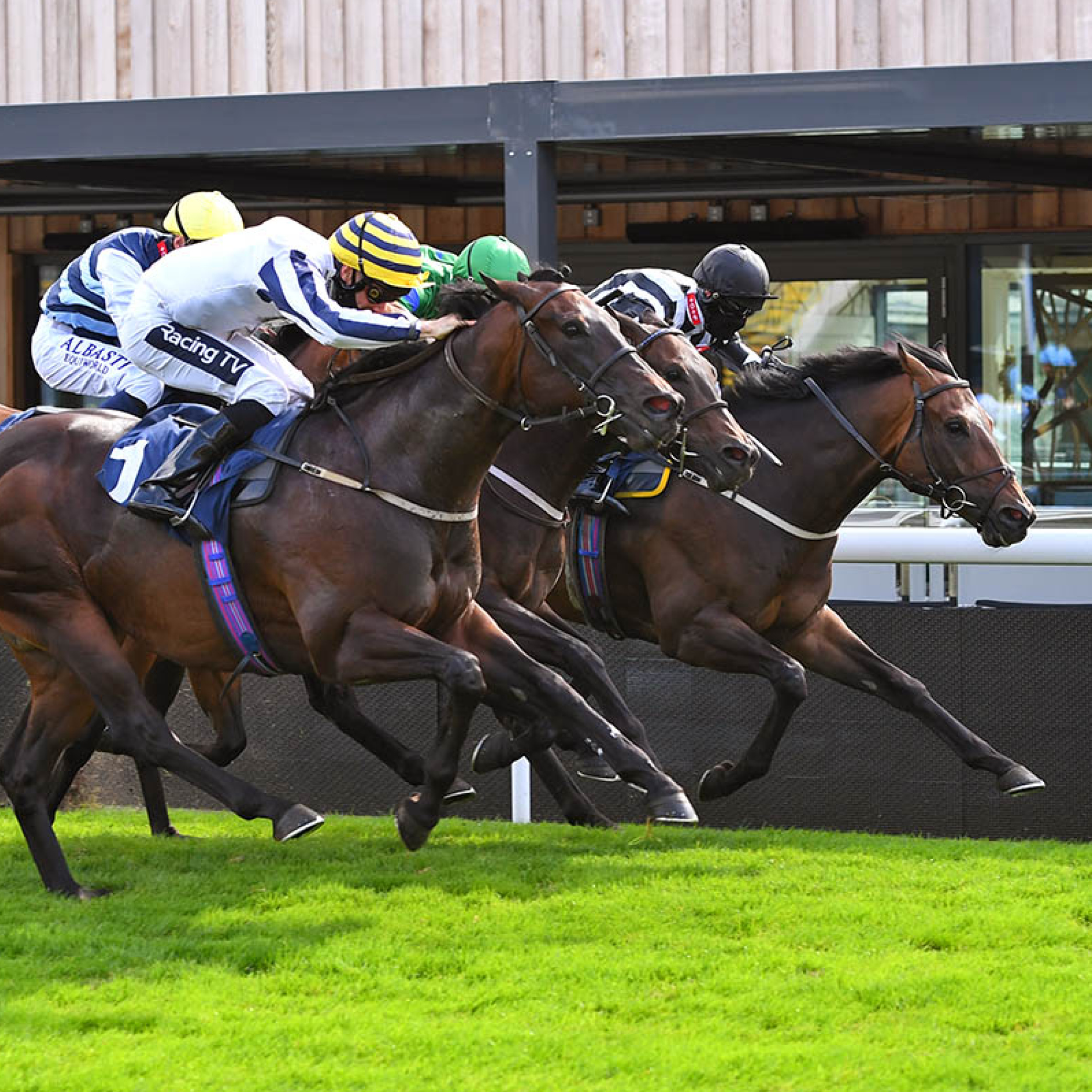 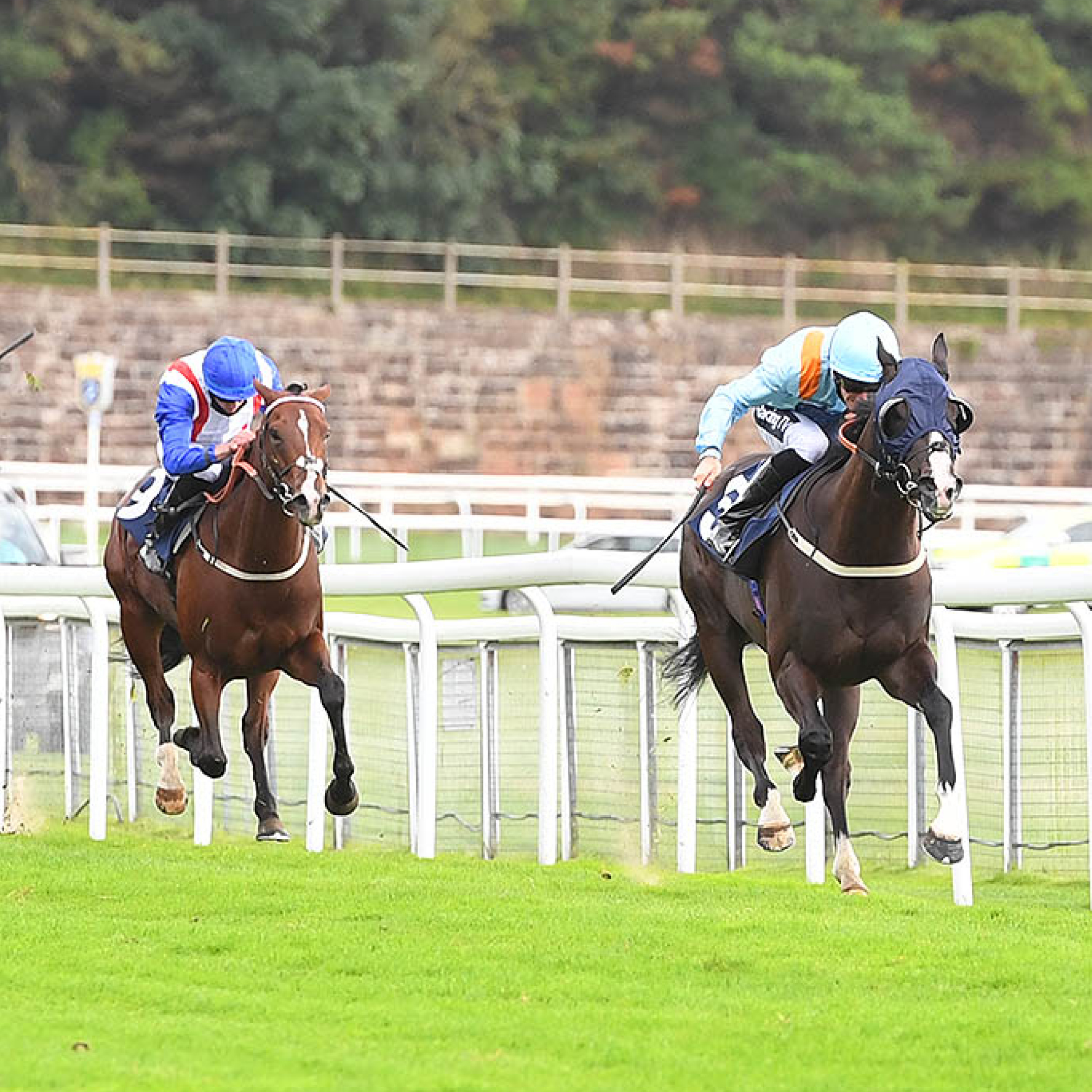 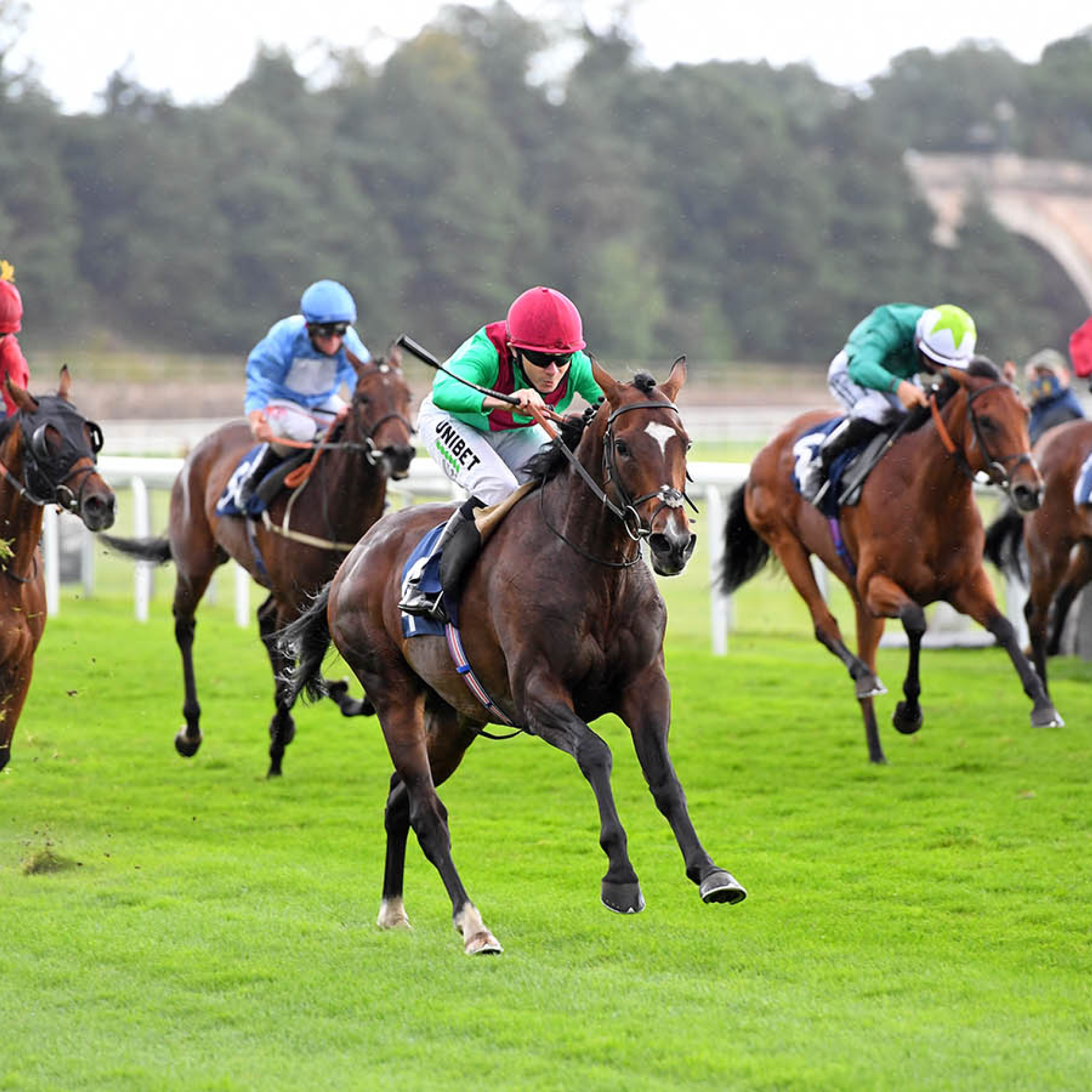 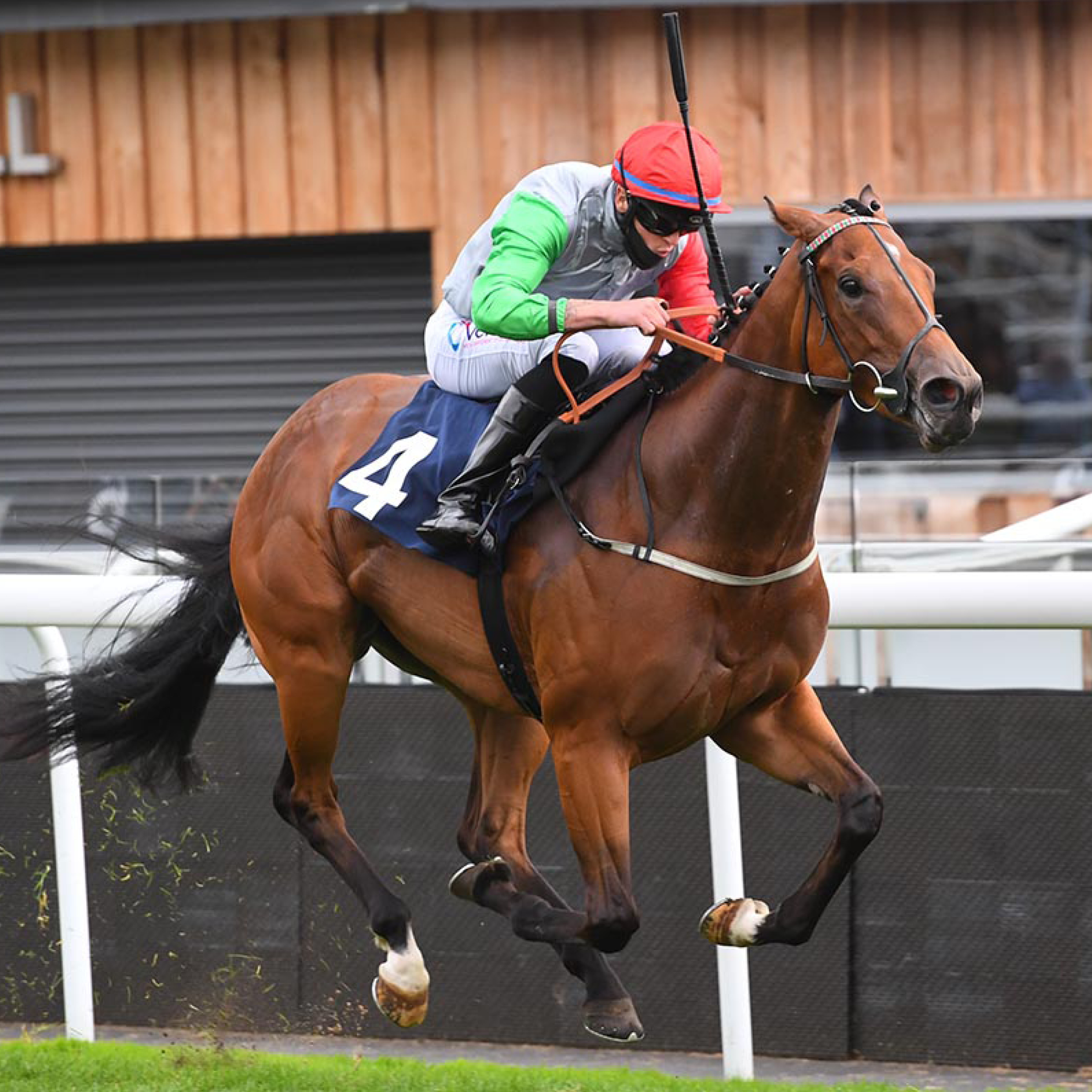 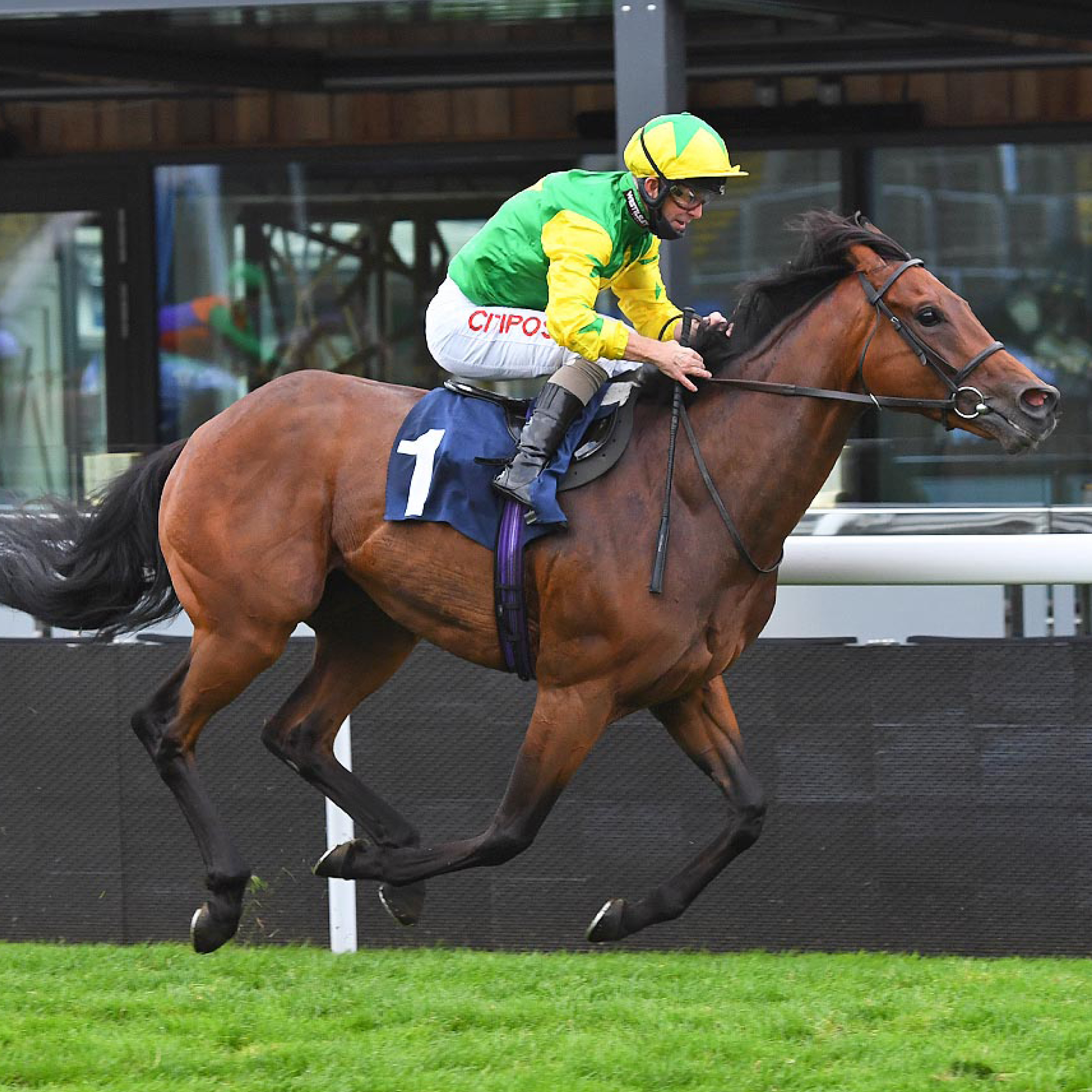 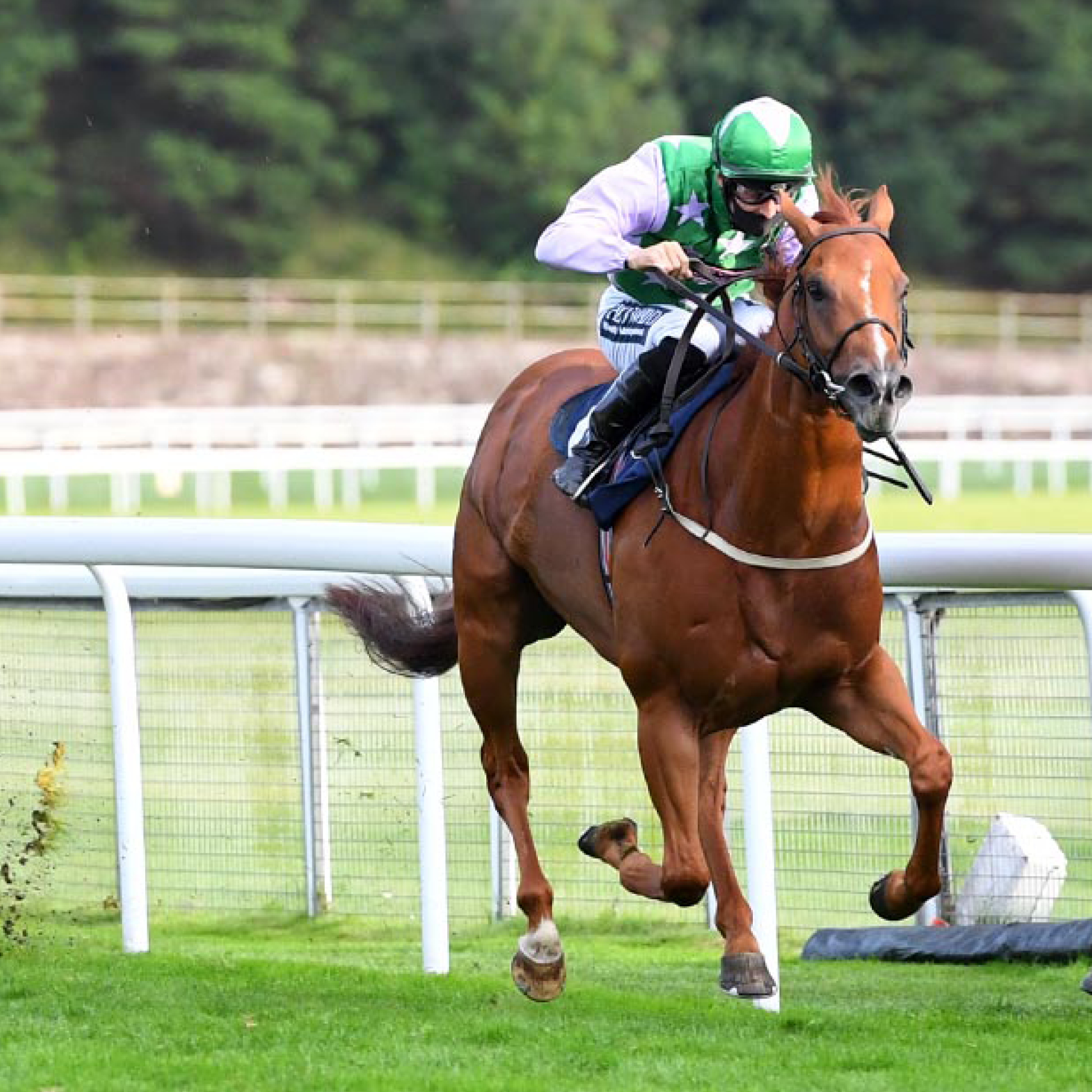 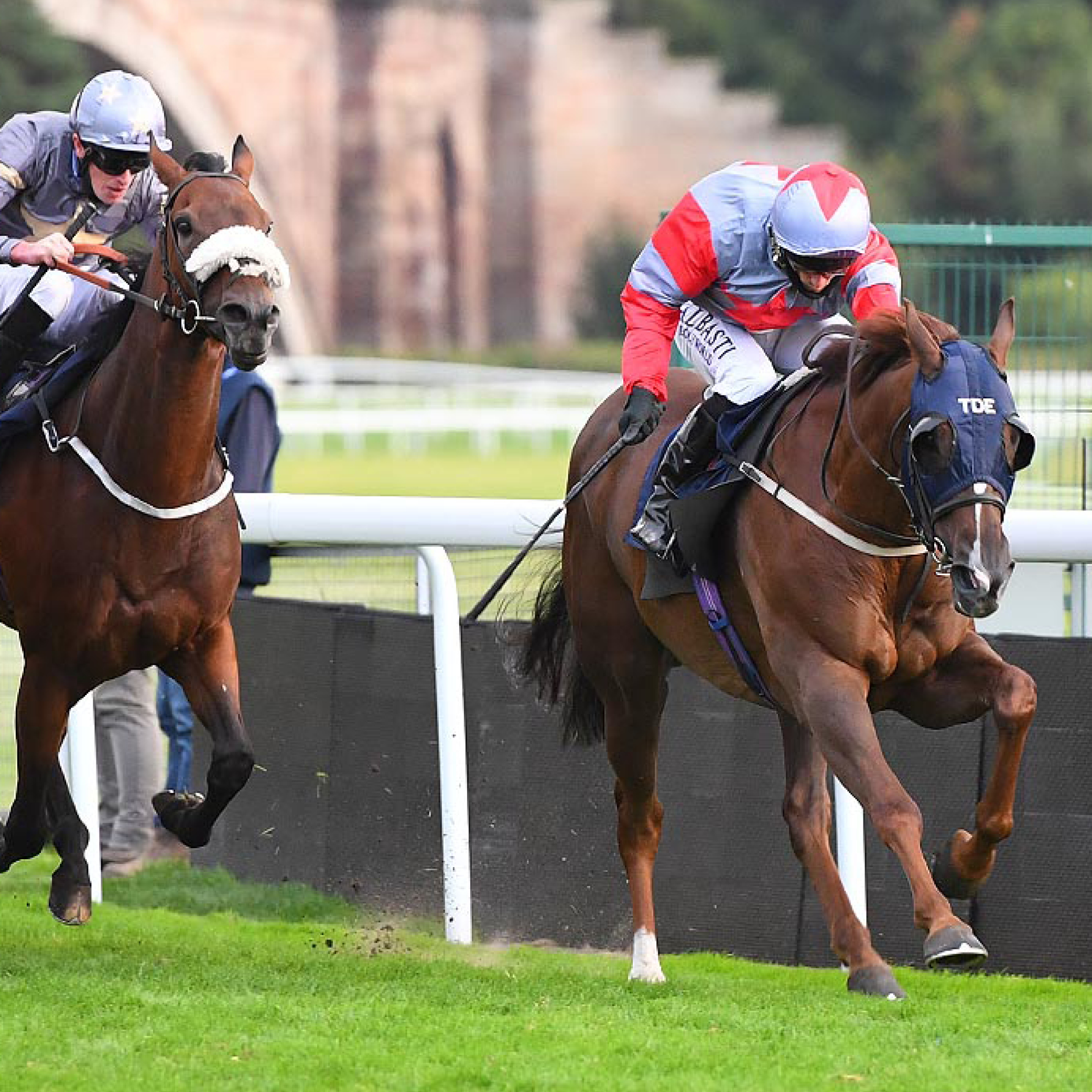 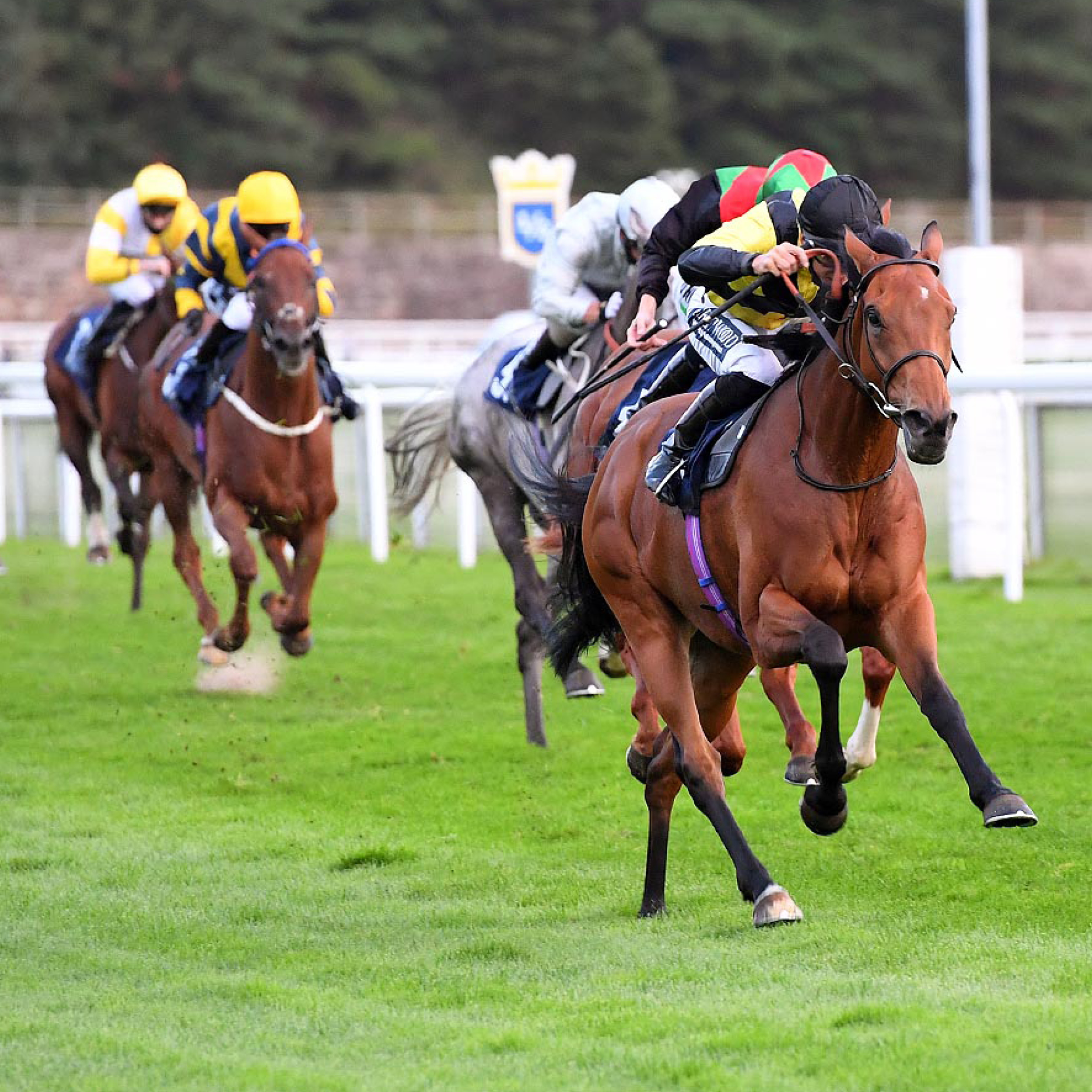