Action at Chester Racecourse began with The Supporting Chester FC EBF Novice Stakes.  Sands In Time was the pace setter and ran the inside rail as Shem faded and the early leader looked to have landed the race until the 12/1 outsider, The Flying Ginger accelerated past the field and the clear run paid off with a one and a half length success.  Winning jockey Callum Rodriguez explained: “She’s come from the breeze up sales and she’s nice and speedy, she’s shown that.  She travelled well and when we straightened up she quickened.  I wanted to find a rhythm first time out and she’s gone away.”

The #SimplePleasureChester Nursery Handicap Stakes repeated the pattern of the first race with Cuban Breeze looking for a second Chester win in four days and heading the field.  Barry McHugh came wide into the straight with 7/2 chance Gumdrop, who pricked his ears and opened up a winning margin of three and a quarter lengths from the runner-up London Palladium.  “There was a strong pace and he was professional.  He went about his job well,” said McHugh.

Calcutta Cup contributed to the good strike rate enjoyed by trainer Andrew Balding and jockey David Probert at Chester Racecourse when landing The Share Shop Nursery Handicap Stakes by two lengths.  Probert’s summary was: “That was very pleasing, he handled the track well.  He hit a flat spot about two furlongs out and then the gap opened-up at the cutaway.  He’s going forward nicely, he had look in front; that’s the first time he’s been there!”

“We put a visor on him to help his concentration.  The plan was to get out and make the running but Tom missed the break and he did a great job to get him out and win,” explained trainer Richard Spencer following success with Revich, the 3/1 favourite ridden by Tom Marquand, in The #ChesterTogether Handicap Stakes.   Entering the straight the winner was wide and had a clear run to the post, recording a winning margin of two-lengths.

Runners were spread out across the track entering the straight in Division I of The Chester Rugby Club Handicap Stakes as the lead established by pace setter Van Gerwen was eroded and 3/1 chance Glory Fighter lived up to his name coming through on the  inside to land the race by half a length.  Jockey Callum Rodriguez was recording a double and said: “I’m delighted it’s great to ride winners at Chester Racecourse, it was a pretty good performance.  The plan was to be prominent and jump but he was a step slow out of the gate.  I got a lovely tow round and had to wait round the bend.  I had loads of horse under me as I had to work out which way to go and he picked up well.”

“The horses are flying, she lit up and I wanted to try and drop her in but from that draw I had to go forward.  I got a breather in and kicked on.  She was just doing enough and was pulling herself up.  It’s a big team effort with lots of horses running and we all like doing the job,” explained winning jockey Kevin Stott after success in The Chester Rugby Club Handicap Stakes Div II.  His mount was Militia, returned at 5/1 and the winning distance was three quarters of a length.

Lawn Ranger was on his toes in the paddock before making all the win The School of Hard Knocks Handicap Stakes, holding off his principle challenger, Strait of Hormuz, by a neck on the line.  The 12/1 shot was given a classic Richard Kingscote ride from the front.  Kingscote commented: “He’s a nice horse with a lovely stride, he pricked his ears in front and he enjoyed himself, we’d gone through the gears.”

The Storyhouse Fillies’ Novice Stakes provided jockey Tom Marquand with a second success of the afternoon.  Gold Ribbon led the field in single file as the race unfolded but could not maintain the pace of the winner, Midrarr who stretched clear by two and a half lengths and justified a starting price of 8/11 favourite. “She’s a really nice filly, I was impressed as she put the race to bed in the manner that she did.  She loved the ground, which is on the easy side of good.  She scooted round and was nice and balanced,” said the jockey.

The EatOutToHelpOut At The White Horse Handicap Stakes concluded the meeting and provided an exciting finish as horses fanned out across the track after a steady early pace when the field had become strung out.  Jockey Tom Eaves kept 12/1 chance Mr Chua in a straight line down the centre of the track to win the race by a neck from Donnachies Girl.  Eaves remarked: “He’s been placed a few times; his heart is in the right place and he’s very game.”

The next meeting at Chester Racecourse will again follow the prevailing behind closed doors protocols on Thursday, 20 August 2020 when racing commences at 4.20pm. Click here for more information > 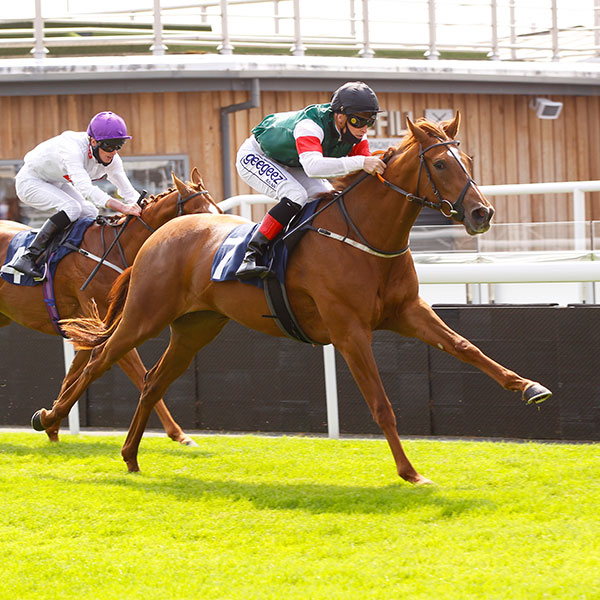 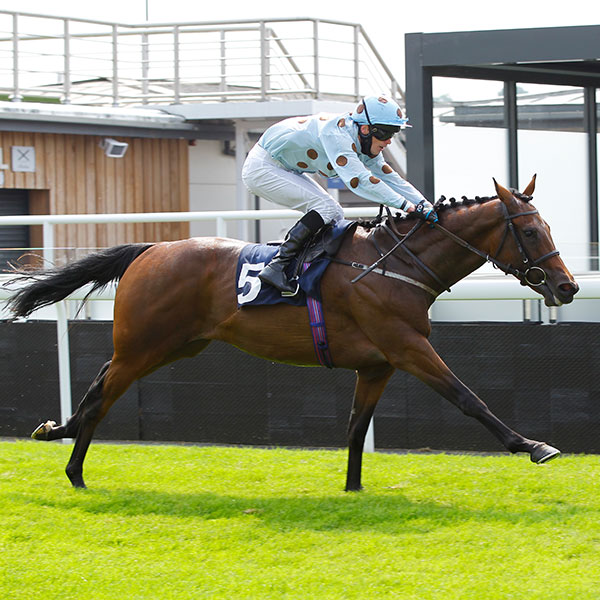 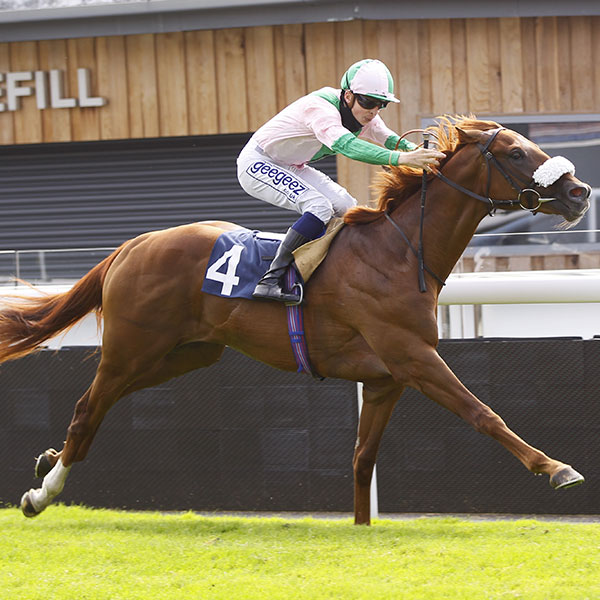 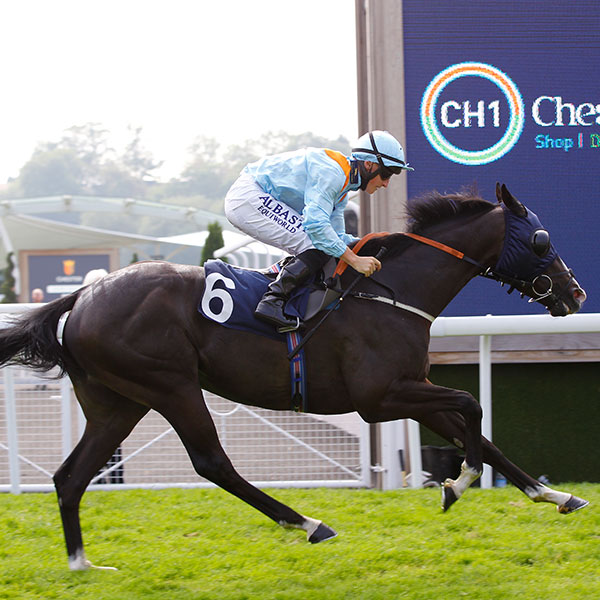 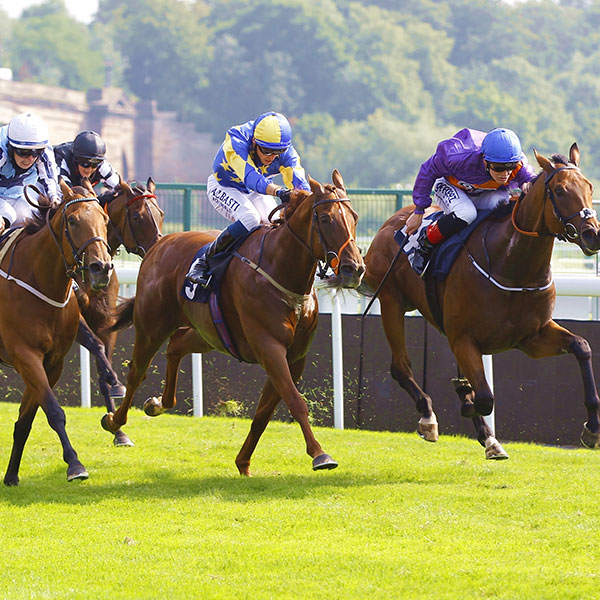 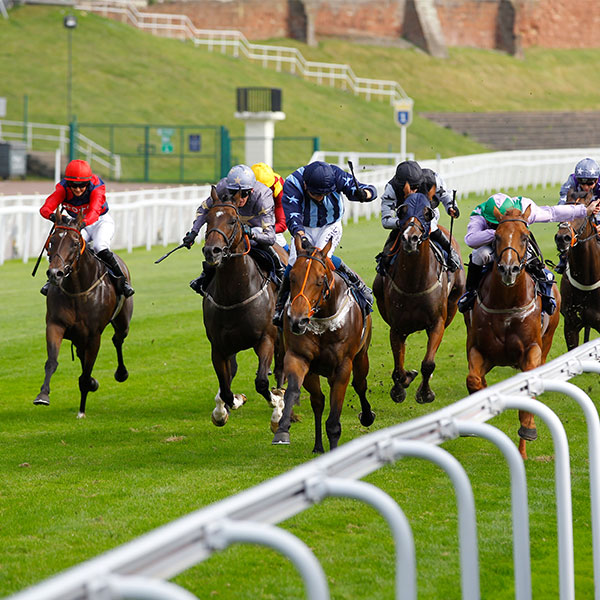 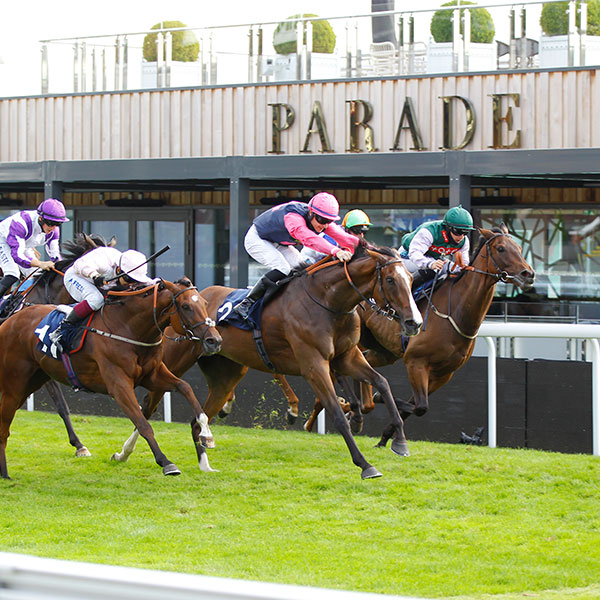 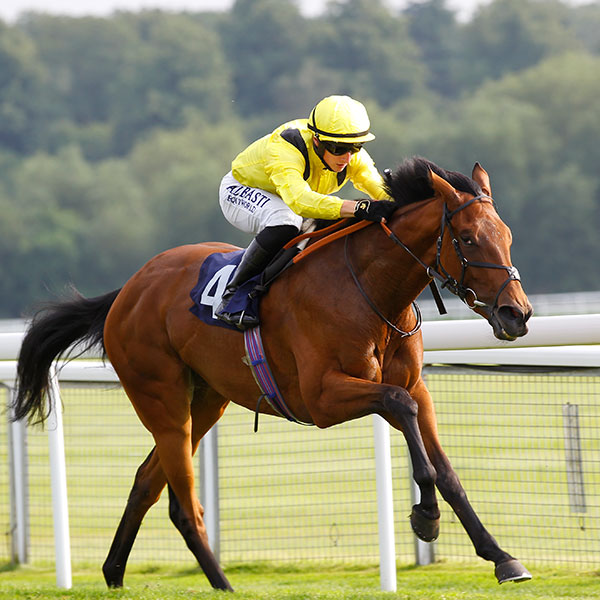 (5:40 pm) The EatOutToHelpOut At The White Horse Handicap Stakes (Class 5) 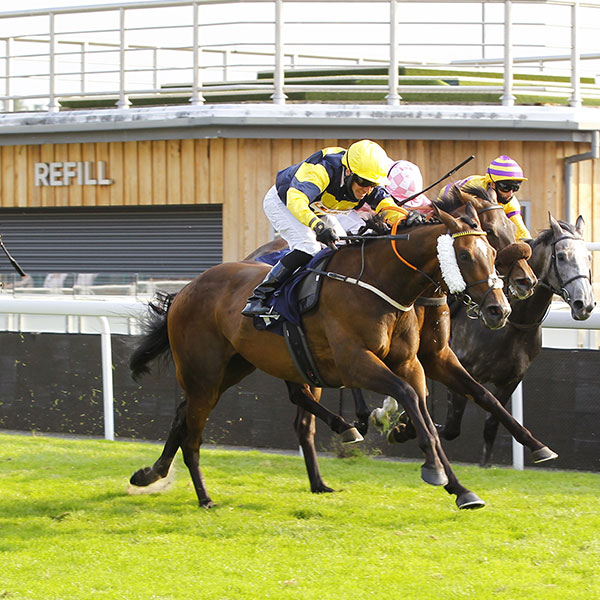