Praise of Shadows, sent off at 8/1, landed the British Stallion Studs EBF Novice Stakes readily by three-lengths as the first race meeting behind closed doors at Chester Racecourse in 2020 got underway.  The early pace setter was Kodiac Brown Bear but jockey Ben Curtis pulled wide to get a clear run and accelerate away.  “I got a bump coming out of the stalls, I educated him on the way round and he was good enough.  He had to be brave to pick himself up and he went through hitting the line strongly.  It was a lovely first day, they’ve done a good job with him at home,” explained the jockey.  The runner up was the 6/4 favourite Commonsensical.

Local trainer Tom Dascombe landed the #SimplePleasures Chester Nursery Handicap with a one-length successful front running performance by Cuban Breeze, the 6/4 favourite.  Jockey Richard Kingscote said: “She’s got loads of natural speed, plus the plum draw which you need at Chester.  I thought she might dawdle but I was able to fill up round the turn and kick on.  She pricked her ears and we’d hope she would come on.”

“I had a great draw and he’s a grand horse.  We had a lovely trip round the outside.  I was going quick enough and the race went smoothly for him.  There was plenty of horse down the straight!” was how David Nolan described his winning ride aboard Gallipoli and justified a starting price of 4/1 favourite in the Supporting Chester FC, Our Club Handicap Stakes.  The winning distance was three quarters of a length with Baby Steps occupying the runner-up slot.

Five horses took part in the British Stallion Studs EBF Conditions Stakes as heavy rain fell and the going was subsequently eased to good.  Topweight Zamaani went on in the straight but Mystery Smiles, a 5/2 chance, overhauled him approaching the line to score by three quarters of a length.  “He’s retained his unbeaten record; he’s going forward and improving.  He came here in good form, it was a competitive race and he wouldn’t want any further at the moment, but he coped well and is a nice horse for the future,” explained the jockey, Silvestre De Sousa.

The #ChesterTogether Queensferry Stakes, a Listed Race was the feature on the card and favourite backers made the correct choice backing Judicial down to 6/4 favourite.  Doing the steering was Callum Rodriguez, who commented: “He’s amazing, he’s an eight-year-old and in the best form he’s ever been in.  He’s pretty straightforward and he kept balanced, so it was a case of when I went but not go too soon.  He’s a big horse and takes some organising and needs time to find his feet and have room to manoeuvre.  He was going so well and I had the horses in front covered.”  The late surge enabled Judicial to overhaul Major Jumbo and win by two and three quarter lengths.

The EatOutToHelpOut at The White Horse Handicap resulted in a one and a half length victory for Palavecino, returned at 100/30 and partnered by Martin Dwyer, who also opted to come wide in the straight when making his final challenge.  “He’s done well, we’ve dropped back in distance since winning three times on the all-weather.  I was a bit worried about the rain but it didn’t get in the ground.  He gets a bit on edge and didn’t quite jump quick enough to make the running and I gave him a squeeze to win,” said Dwyer.

Snow Ocean, a 4/1 chance, stayed on to land the School of Hard Knocks Handicap by three quarters of a length.   “It was a good performance, I was drawn one and had a handy position and we were lucky with the rain, he likes to get his toe in.  I was on the rail and had to wait and hope a gap would arrive.  I had a lot of horse underneath and it was only a little gap,” said Harry Bentley.

Racing concluded with the Storyhouse Handicap Stakes.  Front running tactics paid off as the 9/4 chance Heart Of Soul made all for jockey Ben Curtis and held off the late challenge mounted by Edinburgh Castle, who struggled to get a clear run, by one and a quarter lengths.

Racing returns to Chester Racecourse on Friday 14 August when an eight-race card commences at 2.10pm.  In-line with current covid-19 regulations, the meeting will again take place behind closed doors. Find out more here 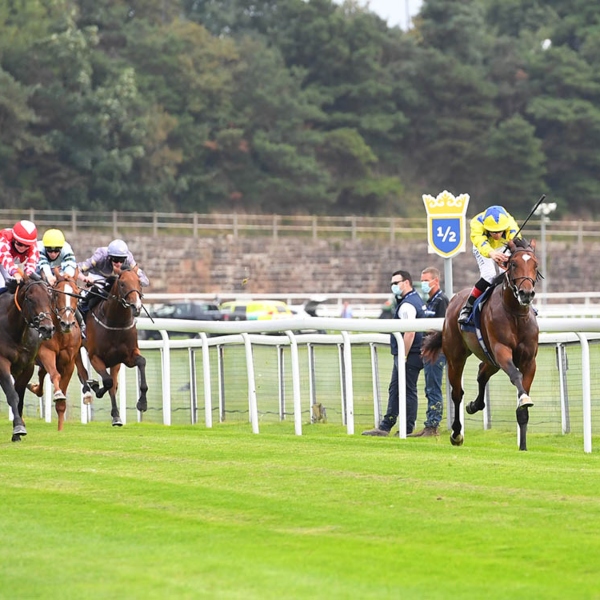 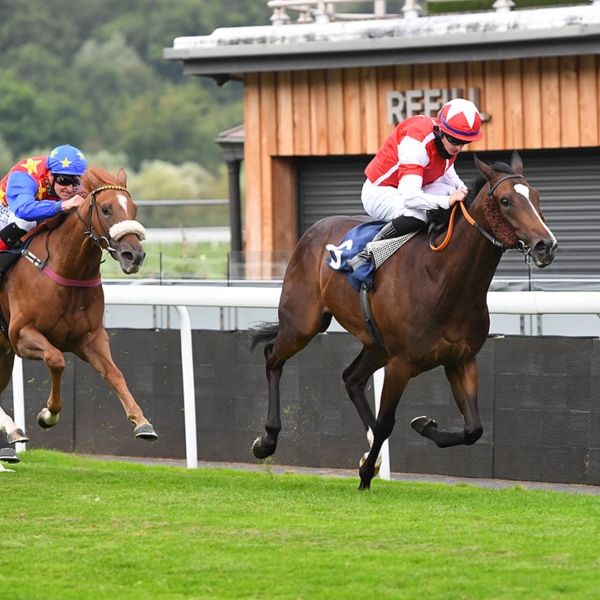 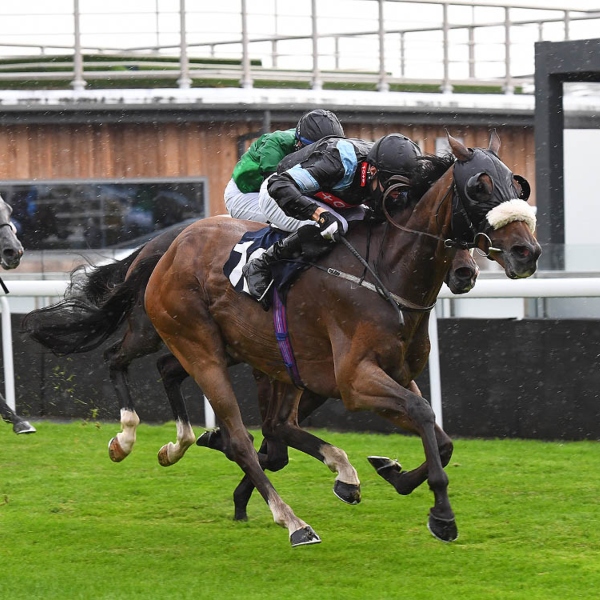 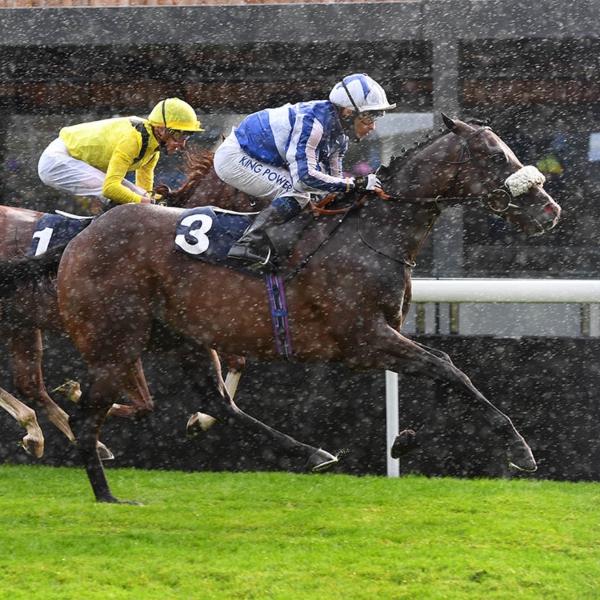 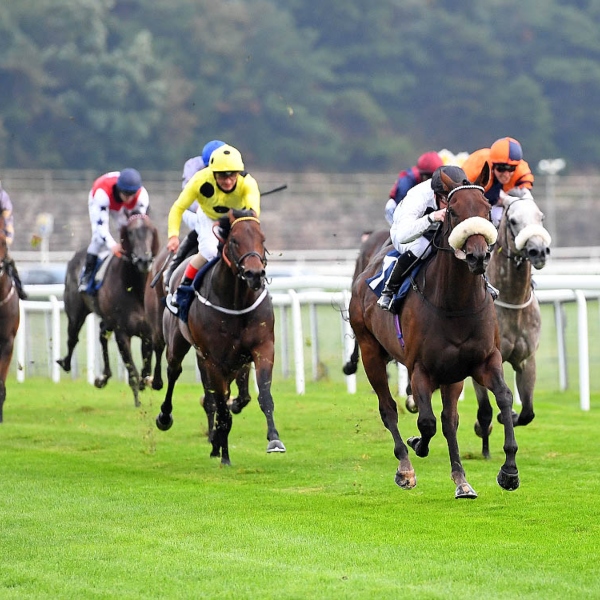 (7:00 pm) The EatOutToHelpOut at The White Horse Handicap Stakes 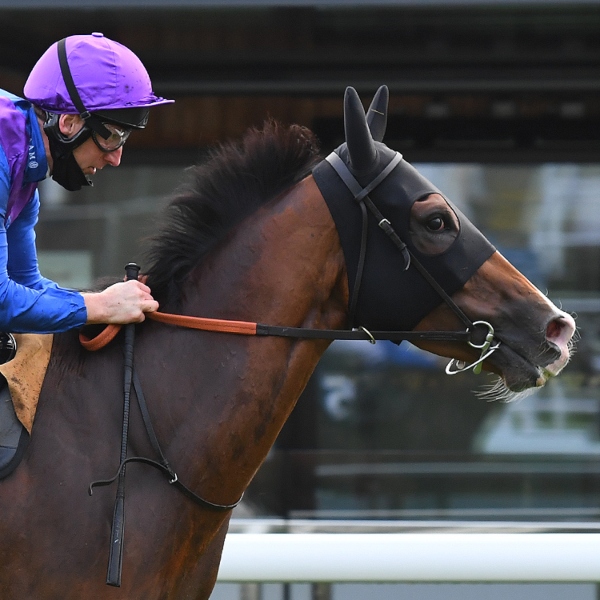 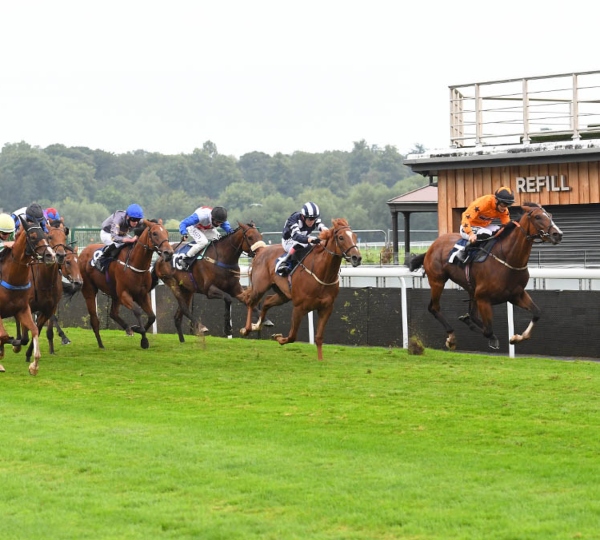 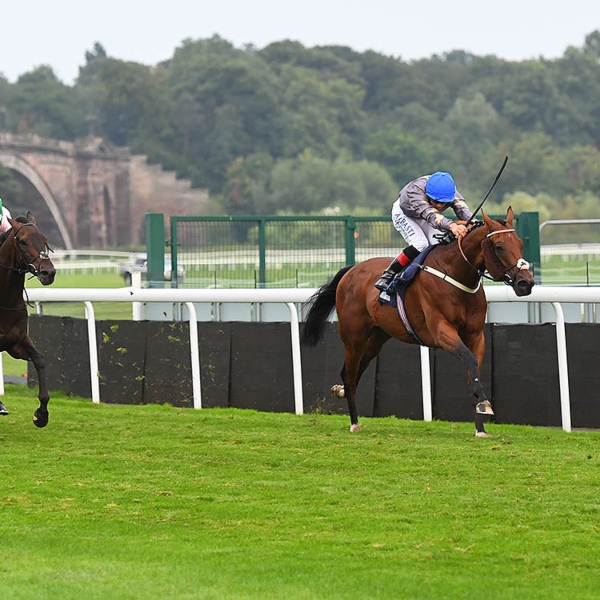 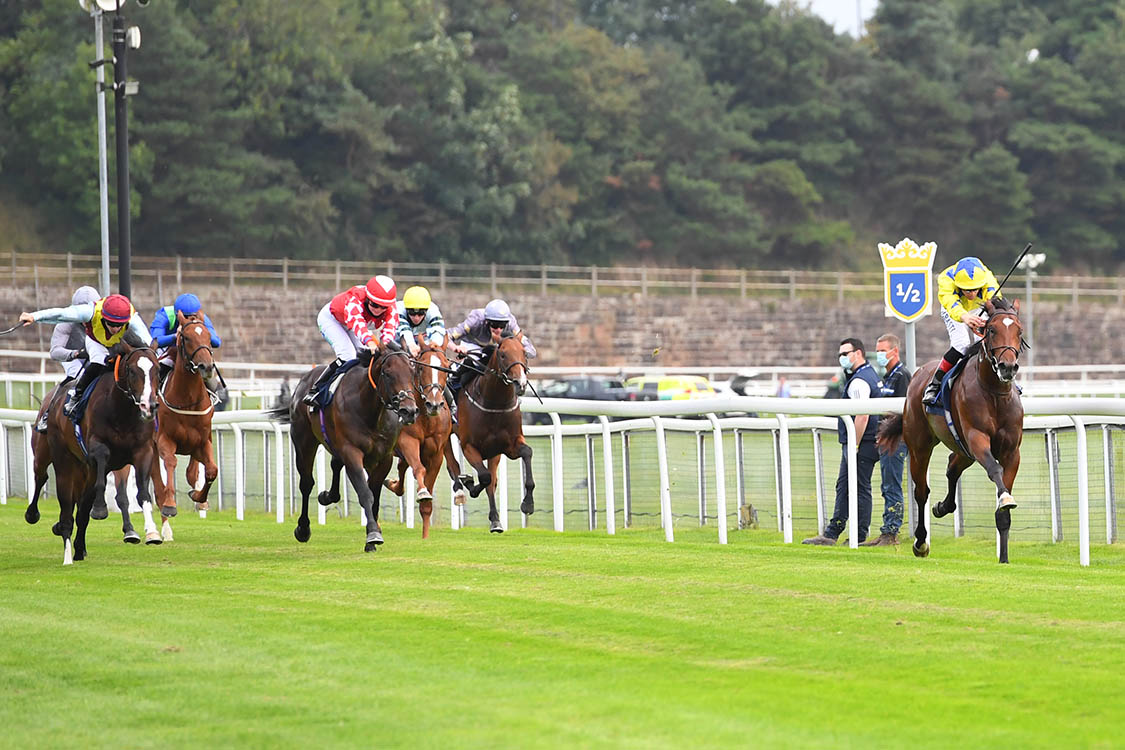 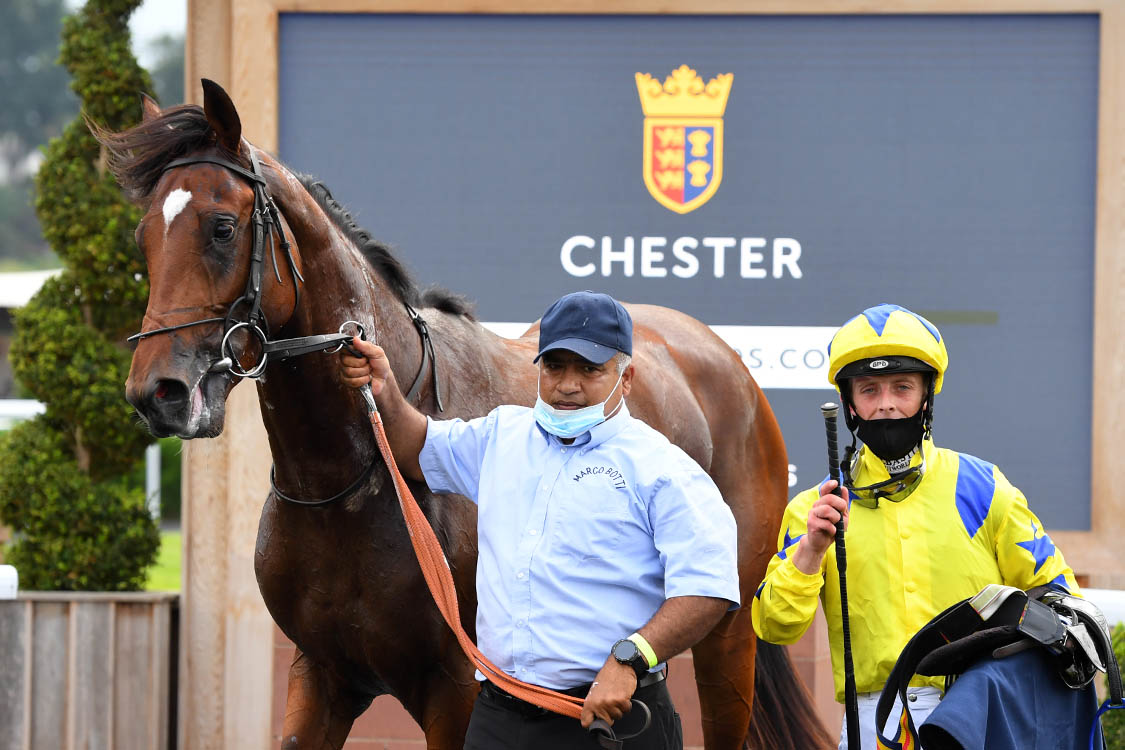 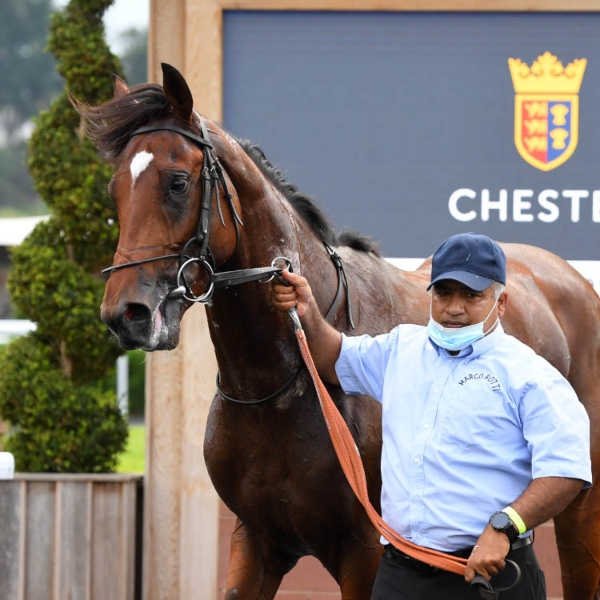 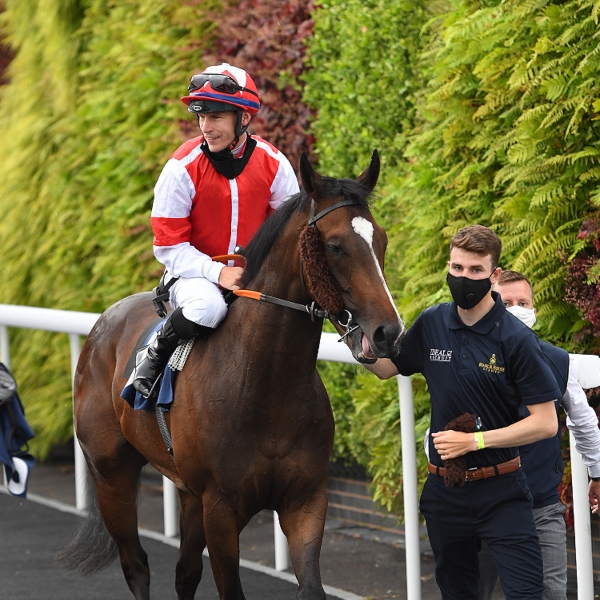 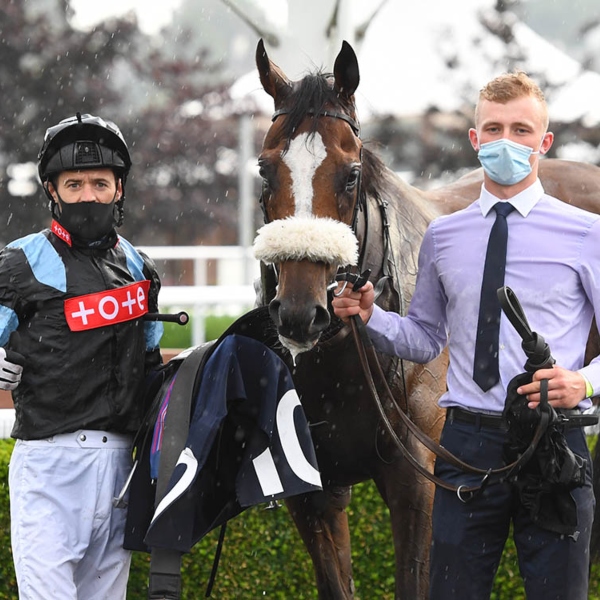 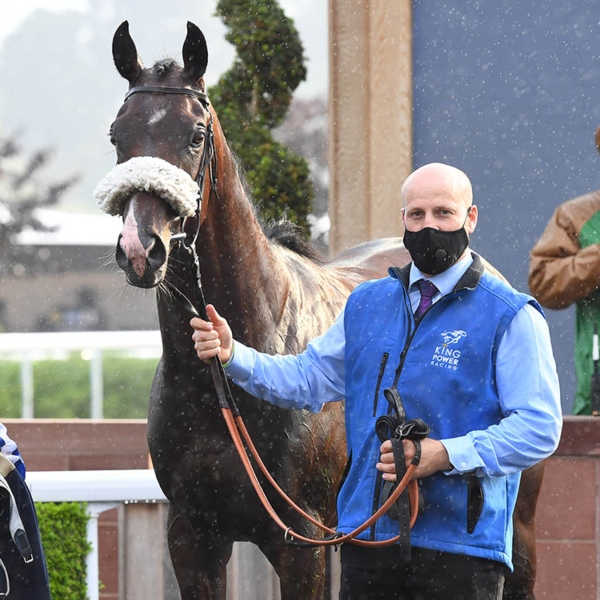 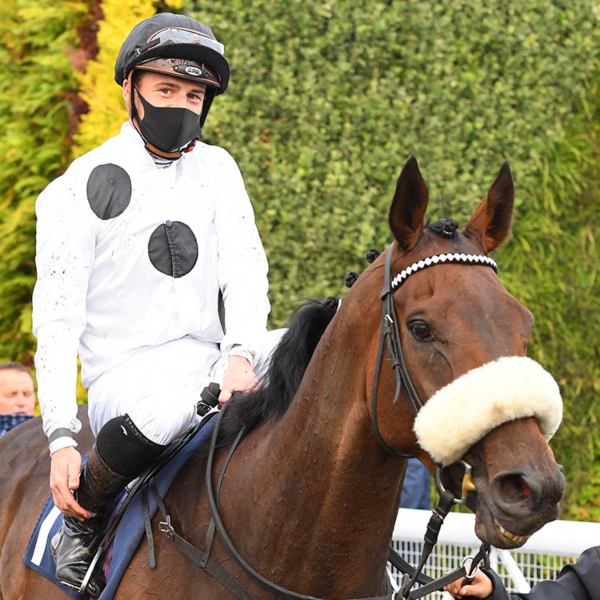 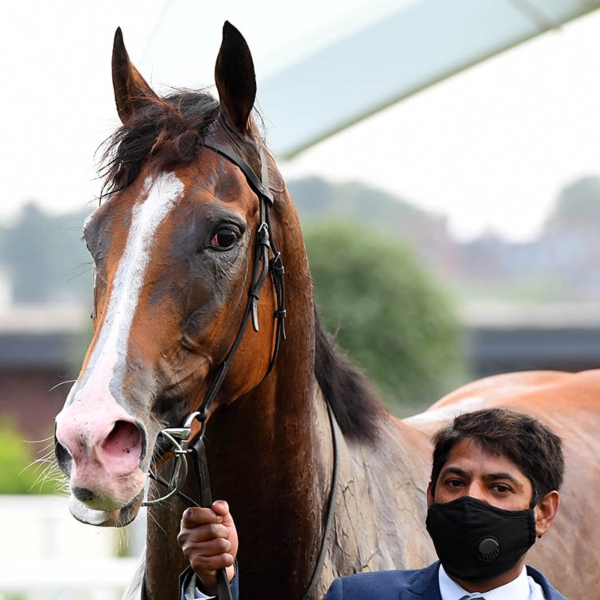 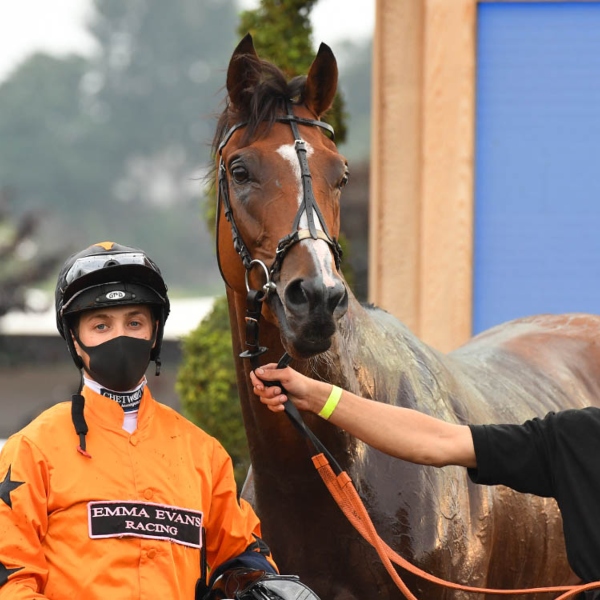 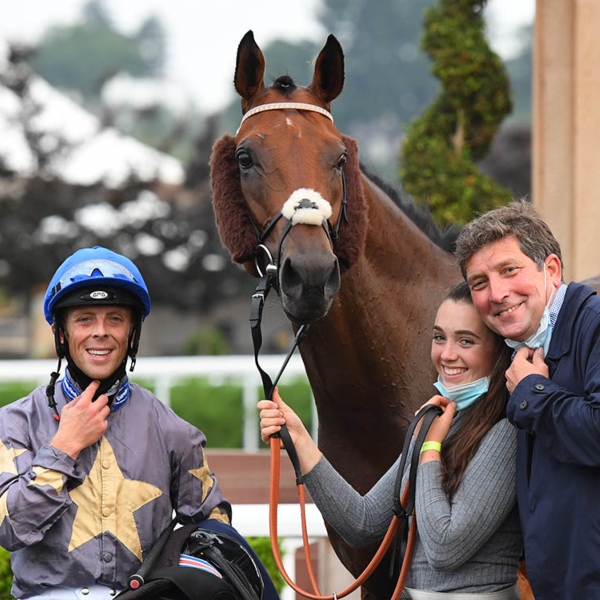